Why We’ll Not Join Issues With Ortom, Suswan Over Gana’s Death ― Army 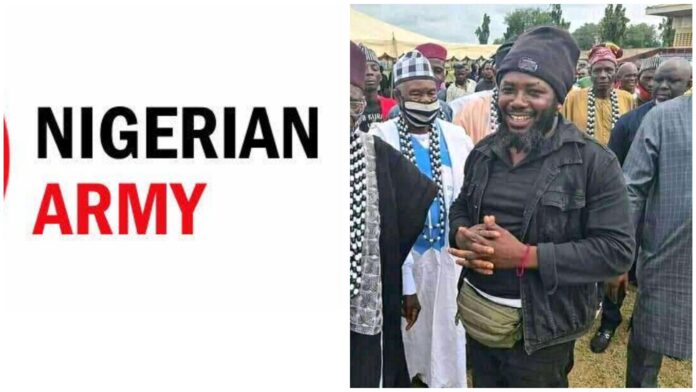 Why We Will Not Join Issues With Ortom, Suswan Over Gana’s Death ― Army

The Nigerian Military on Thursday reveal why it would not join issues with the Benue State governor, Mr Samuel Ortom, and a former governor of the state, Senator Gabriel Suswan, over the killing of the most wanted criminal and militia gang leader in Benue state, Terwase Agwaza aka Gana, by Special Forces of the Nigerian Army.

While the military said Gana was killed following a shootout with troops, the Benue state government said, Gana and about 40 other militias had agreed to surrender in accordance to Benue state Amnesty programme and were on their way to Makurdi for the programme when they were arrested.

Senator Gabriel Suswan representing Benue North East Senatorial District, faulted the killing of Gana saying, “The soldiers’ action could frustrate the peace already being achieved in the state following Gana’s decision to embrace dialogue and to surrender his arms.

The Coordinator, Defence Media Operations, Major General John Enenche when asked to clarify what really transpired regarding Gana’s death, said, “It is not proper for us or I as the Coordinator of DMO to join issues with the Governor of the state and the Senator.

I want to appeal to you that every issue that has been taking up before now, I should be left out of it. I’m aware that the governor made a statement and one of the Senators also made a statement and like I told you during time of Borno State, when Senator Ndume spoke and another of one spoke, I said that it is not proper to join issues with the top, so if I comment now. You will now go and use it and join me as if I’m an umpire.

Please spear me that. If there was no reaction from there, I could have answered you but my political masters have taken up and have spoken.

I also in the media terrain like you. So I’m not permitted by ethical standards to talk about when my superiors have spoken out.

Quote me by ethical standards it is not done, I’m to subordinate to constituted authority. As the Coordinator Defence Media Operations, if you had asked that question may be the same Tuesday it happened, maybe I would have had an answer for you but for now let us not persist till it becomes confrontational.

I am good at monitoring the media so I am not ignorant of what has happened it was on Channels TV, it was in the Newspapers.