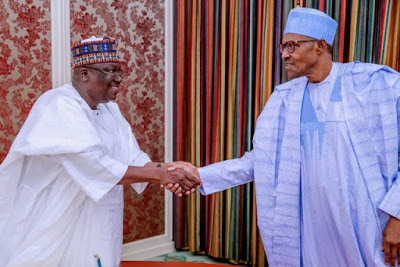 President Buhari’s loan request sent to the National Assembly has generated a lot of controversy after the request was earlier turned down at the 8th assembly led by Bukola Saraki.

However, President Muhammadu Buhari again resend the loan request to the 9th assembly and the request is about to be given approval by the Ahmad Lawan’s led assembly.

After a lot of controversy, President of the Senate, Ahmad Lawan, has revealed that the 9th Senate will approve President Muhammadu Buhari’s $29.9 billion loan request.

This is coming after the senate president’s earlier caution to the Executive to minimise its planned borrowing.

Ahmad Lawan made this known during a media parley in Abuja. The Senate President pointed out that, to avoid misappropriation by various ministries, Departments and Agencies, the various standing committees will carry out serious oversight functions.

According to the senate president;

The question of whether we will pass the loan request of the Executive arm of Government, yes, we will pass it.

If we don’t have money and you have projects to build them, how will you provide infrastructure that you need?

But one thing is that, we are going to be critical that every cent that is borrowed is tied to a project.

These are projects that will have spillover effects on the economy and we will undertake our oversight so well to ensure that such funds are properly, prudently, economically and transparently are applied on those projects.