Why Fowler Was Removed As FIRS Boss – Presidency Opens Up 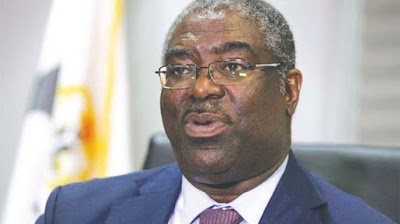 Fowler, whose term of office expired on December 9, 2019, was replaced by Muhammad Nami.

President Muhammadu Buhari’s Senior Special Assistant on Media, Garba Shehu, while speaking with journalists at the weekend in Abuja, also said that it was not wrong for the federal government to borrow more money to finance infrastructure in the country.

It is not a scandal to borrow, the bad thing about borrowing is when you deployed it to your pocket. This has happened in the past in this country, President Buhari is borrowing to do railway, to do East-West expressway, to do second Niger bridge, to do Mabilla power, to do Abuja-Kano expressway, to do Ajaokuta-Abuja gas pipeline.

These are projects that are beneficial to the economy, these are basic infrastructure projects – railway, power – without which this country cannot achieve development.

So, if you ask me, from my own understanding, the problem we have in this country is the revenue issue. We have a revenue problem because we are unable to generate as much money as it is needed to do more capital infrastructure and also service debt.

Because of the low revenue earnings, people look at the size of our debt repayment and they scream. But government is doing something about this and I’m happy you have seen the change that has happened in FIRS, give them a chance, let see how they would perform. Government is optimistic that things will look upward and the revenue will improve. And once there is inflow that is sufficient to do a lot of these things, we may not even need to borrow.