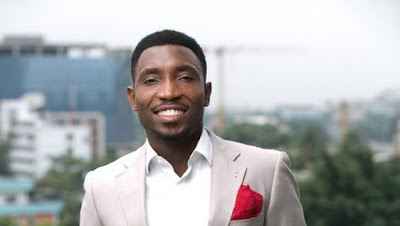 Busola Dakolo, wife of Timi Dakola, had accused Fatoyinbo of raping her twice while she was a teenager.

While the COZA pastor has repeatedly denied the allegation.

However, the High Court of the Federal Capital Territory, Court 12, sitting at Bwari, Abuja dismissed the case filed by Busola Dakolo against Pastor Biodun Fatoyinbo of the Commonwealth of Zion Assembly (COZA).

But it seems the war between the two families can not be put to rest easily. The drama has started again in 2020 as Timi Dakolo has just revealed that there is a WhatsApp chat evidence to back up his claims against COZA pastor and his supporters.

A 2019 video surfaced, in which London-based Pastor Mathew Ashimolowo was seen showing maximum support for COZA pastor Biodun Fatoyinbo, saying he has the full calling from God and he is anointed to carry out God’s work.

The Pastor also mentioned in the video that anyone who rises against the man of God shall be defeated and disgraced as that fellow will be fighting against supernatural powers.

Biodun Fatoyinbo was called by God. You would be the one to beg him in the end because God will always fight for him – Pastor Matthew Ashimolowo prays at COZA pic.twitter.com/YeV0xnfPEw

reacting to the video, Timi Dakolo mentioned that it is same Ashimolowo that called him last year and even had to fly down to Nigeria to arrange for a meeting with him. He then further revealed that there are WhatsApp conversations to back his claims.
Replying Ijeoma who posted the video, Timi said;

Last year he was calling the whole world to see me. Even though I didn’t mention anybody’s name ,he flew in from london.Everybody that had my number was calling and we had the meeting,Meanwhile NA them them. God have really suffered. WhatsApp convo Dey. 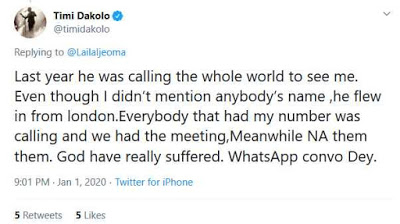