We Have Submitted Guidelines For Reopening Of Schools To NASS – FG 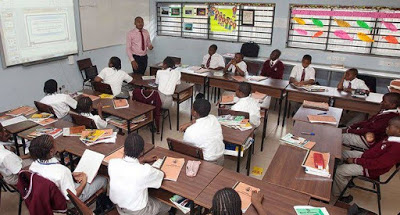 Guidelines for the reopening of schools across the country has been submitted to the National Assembly.

This was announced by the Minister of State for Education, Chukwuemeka Nwajiuba while making presentation on Tuesday during a meeting with the Senate Committee on Basic and Secondary Education.

He intimated the lawmakers of the ministry’s plans for students to resume across the country.

The minister said at the presentation today;

In the document provided, we have suggested how we can move our education sector forward during this pandemic.

We don’t want to make it known at this time so that some people will not take our proposed guidelines for school reopening.

Even if the Senate has not called us, we would have come to you to discuss with you because we have already discussed with the House of Representatives.

The documents were presented to you so that you can criticise and make inputs as major stakeholders.