Home Education We Are Consulting With Our Branches To Call Off The Strike Or...
Education 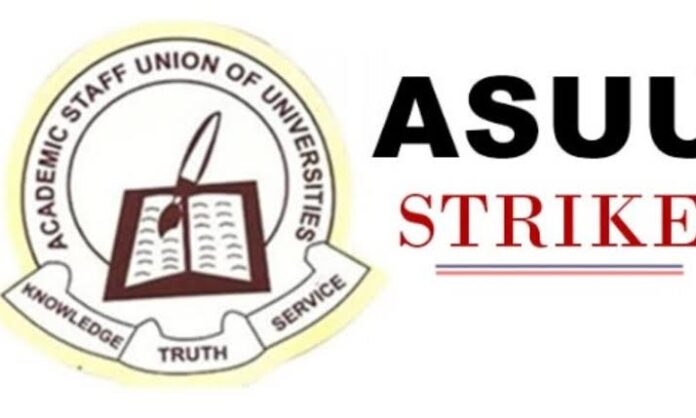 The Academic Staff union of Universities, ASUU has come out to clear the air on reports that it has called off it’s 9 months old strike after the meeting between the union and the federal government yesterday, November 20.

The union while reacting to the report in a statement said it was still consulting with the Federal government.

The statement released Saturday evening added that the union has engaged all the branches, which are over 70, will participate in the decision to either call – off the strike or not.

WThe union said they are reporting back to the government on Friday. That is when the consultation will end.

The Federal Government yesterday agreed to pay 65 billion naira to end the over 8 months old strike. The 65 Billion naira is for Earned Academic Allowance and revitalisation.

The government also agreed to pay the striking lecturers through the Government Integrated Financial Management Information System until ASUU’s University Transparency and Accountability Solution (UTAS) was ready for usage.

The federal government has rolled out new criteria for employment of professional teachers begining from next year, 2021. The government said on Saturday that only...
Read more
Education

Some Members of the Academic Staff Union of Universities (ASUU) have pleaded with the federal government to have mercy their children and those of...
Read more
Education

The meeting between the Federal Government and the Academic Staff Union of Universities, ASUU, over the poor funding of Universities and the controversy surrounding...
Read more