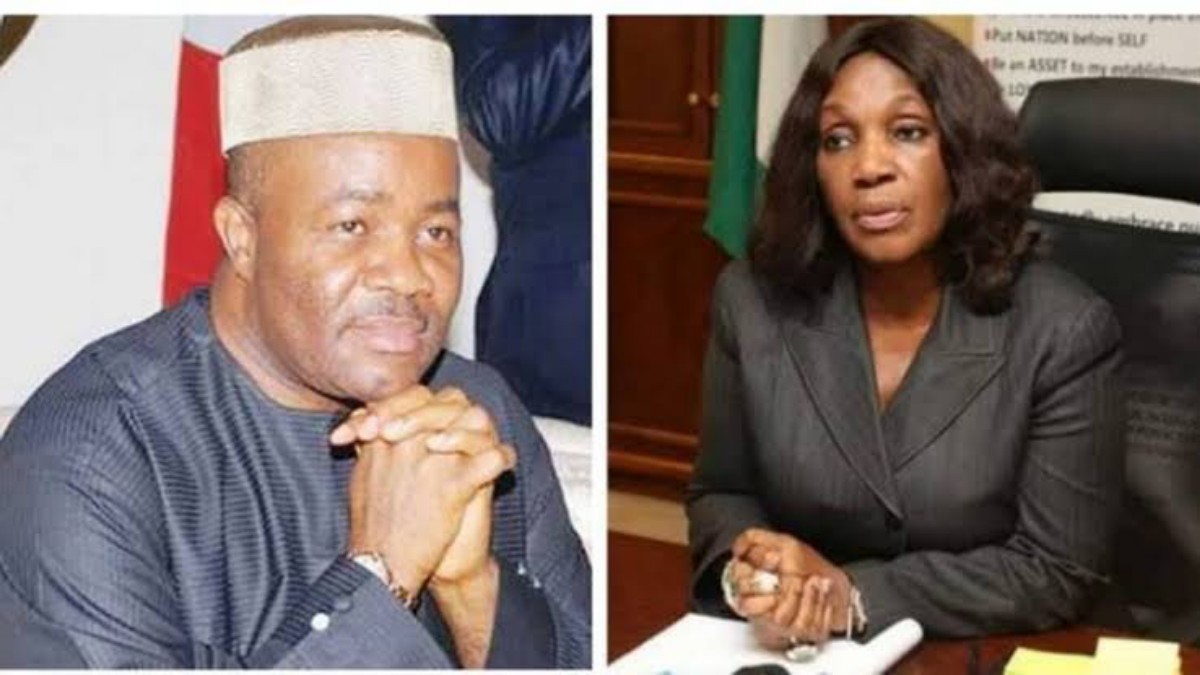 The NDDC former boss alleged that she slapped Akpabio for sexually harassing her.

she made the allegations on Monday while speaking during an interview on Arise TV.

She said the incident happened at the minister’s guest house in Abuja, adding that her reaction to the alleged harassment proved her intolerance for “nonsense” as a woman from Rivers state.

Why did he not tell Nigerians that I slapped him in his guest house at Apo? I am the only woman that slapped Akpabio. He thought he could come up on me. He tried to harass me sexually.

I slapped him. He tried to come on me. I am an Ogoni woman and nobody jokes with us. I showed Akpabio that Rivers women do not tolerate nonsense.