The young girl’s boyfriend, Maliki Ayo who is now on the run lives at Koko area in Iree community, Boripe local government area, Osun State, where the incident happened. 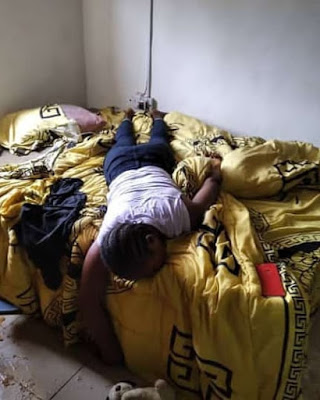 However the deceased came to her boyfriend’s place in company of her lady friend, according to an eyewitness.

The corpse has been evacuated by men of the Nigerian Police from where it was dumped for proper investigation.

The Osun State Police Command Public Relations Officer, Opalola Yemisi while confirming the story, said the corpse has been taken to Lautech Morgue for autopsy.

According to the police spokesperson, the Course mate that went with her, Adekemi Adewumi has been arrested and confessed they all ate food ‘rice’ together overnight, adding that the police are currently investigating on the matter.