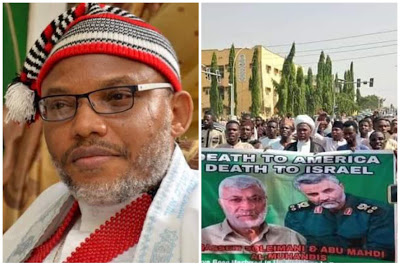 The Revolutionary Guard General and head of the elite Quds Force, Qussem Sulaimani was killed at Baghdad International Airport, by US airstrike.

The strike also killed Abu Mahdi al-Muhandis, the deputy commander of the Iran-backed militias in Iraq, the Popular Mobilization Forces, which recently stormed the US embassy in Baghdad.

The leader of the Indigenous People of Biafra, IPOB, Nnamdi Kanu, on Saturday reacted to the killing of an Iranian General, he warned that Nigeria would bear the “brunt” of US strike.

What they failed to add to their banner is “Death to Biafra” because Judeo-Christians, especially Biafrans in Arewa core north of the British created contraption ‘Nigeria’ will bear the brunt of this US strike in Iraq as always. Britain must stop shielding terrorists in Nigeria. pic.twitter.com/7Wv55uwgAI

Giving reasons why Sulaimani was killed, the president Donald Trump said Soleimani was plotting to kill lots of American citizens but was caught in the process. 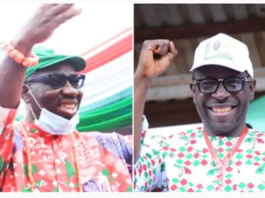