US Former Ambassador To Nigeria, Walter Carrington Is Dead 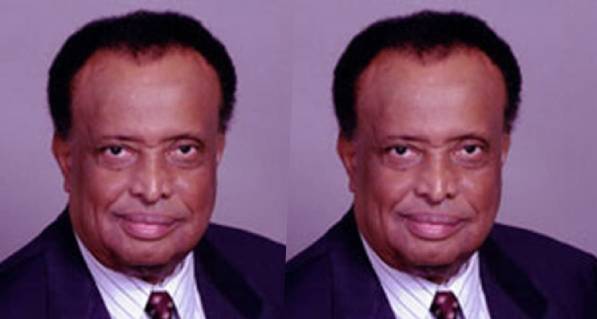 US Former Ambassador To Nigeria, Walter Carrington Is Dead

Wife of the deceased, Arese Carrington, announced his death in a statement released today, August 12.

According to the statement, the former envoy died peacefully on Tuesday, August 11.

It is with a heavy and broken heart but with gratitude to God for his life of selfless humanity that I announce the passing of my beloved husband Walter Carrington, former U.S. Ambassador to Nigeria and Senegal.

He passed away peacefully, surrounded by loved ones at the age of 90 years old on Tuesday, August 11th, 2020. Further announcements will be made shortly.

Walter was a loving husband, father, grandfather, cousin, uncle, friend and in-law. Ralph Waldo Emerson said…It is not the length of life but the depth of life.

Walter was fortunate, his life had both length and depth.

Trump Appears To Be Giving Up, Ask Officials To Cooperate With Biden’s Team

It appears the US president, Donald Trump is giving up on the fight to reclaim the alleged Joe Biden's stolen Mandate in the US...
Read more
Foreign News

The commander of the 81 division of the Nigerian Army, Ibrahim Taiwo, made fresh revelations on alleged October 20 Lekki Tollgate shootings. Testifying before the...
Read more
Foreign News

South Africa's National Prosecuting Authority has ended the Sjava's rape case due to lack of evidence. Lady Zamar's allegations against the singer will no...
Read more
Foreign News

The Odawna market has reportedly been on fire again and this has led to the destruction of materials worth thousands of cedis. It would be...
Read more
Foreign News