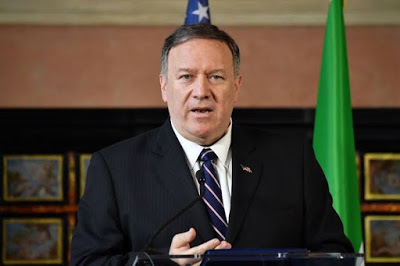 Non-Muslims living in the states that have implemented sharia perceive that they are living under a Muslim government and fear consequences for their religious affiliation.

To this effect, Nigeria has been added to a United States ‘special watch list’ of countries that had engaged in or tolerated the severe violation of religious freedom.

Countries like Burma, China, Eritrea, Iran, North Korea, Pakistan, Saudi Arabia, Tajikistan, and Turkmenistan are contained in the list according to to US Secretary of State, Mike Pompeo.

The Department renewed the placement of Comoros, Russia, and Uzbekistan on a Special Watch List (SWL) for governments that have engaged in or tolerated “severe violations of religious freedom,” and added Cuba, Nicaragua, Nigeria, and Sudan to this list.

These designations underscore the United States’ commitment to protecting those who seek to exercise their freedom of religion or belief.  We believe that everyone, everywhere, at all times, should have the right to live according to the dictates of their conscience.

The US government will continue to challenge state and non-state entities that seek to infringe upon those fundamental rights and to ensure they are held to account for their actions.

Our actions have been, and will continue to be, consistent with our position on religious freedom.  No country, entity, or individual should be able to persecute people of faith without accountability.  We have acted, and we will continue to do so.