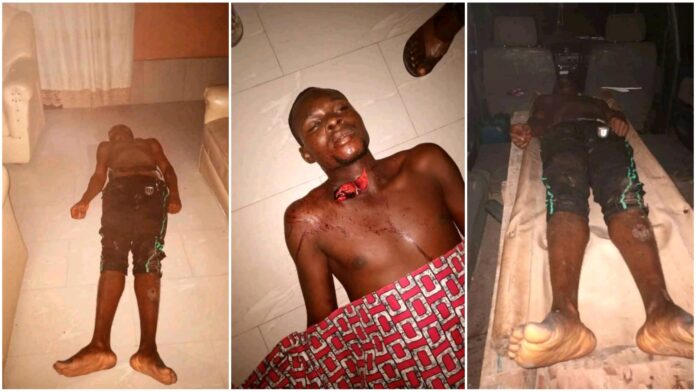 The incident allegedly occurred on 31 of July around 11pm just few hours to the new month.

The Two brothers conspired and gruesomely murder their brother who is a father of two.

The reason for the murder is unclear but residents of the area claim it was a family problem that led to the tragic incident.

ALSO READ:  12-year-old Murders His Father For Accusing Him Of Stealing His Money

According to reports, the brothers engage in fighting and neighbours tried to separate them to no avail.

Though at the time of this report, no arrest have been made.

Some Bandits terrorising southern Kaduna have been arrested by security operatives in a bid to curtail attacks and isolated killings.
Read more
Society News

20-year-old Dies After Police Officer Blutalize Him Over N50 Bribe
ALSO READ:  12-year-old Murders His Father For Accusing Him Of Stealing His Money
A 20-year-old Fashion designer, Taiwo Ayomide, died after he...
Read more
Society News