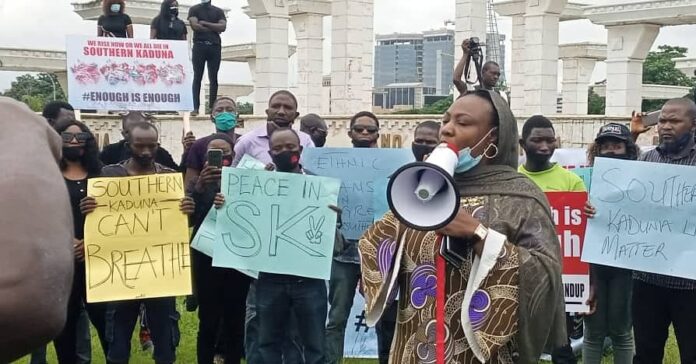 Truck load of armed policemen disrupt protest against the killings in Southern Kaduna.

The protesters cancelled the protest after the police clamped down on the conveners.

The protesters on Saturday converged at the refinery junction in Kaduna with the tag, ‘Southern Kaduna Volunteers Forum’.

They were about to begin the protest when armed policemen, who arrived in 20 vans, attempted to stop the demonstration.

The police arrested three of the protesters and others sent away from the venue, after a clash with the police.

The incident however forced the organisers to cancel the protest in order to avoid loss of lives.