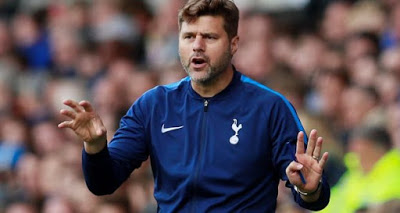 Tottenham Stars have thrown support around their under-fire boss, Mauricio Pochettino by treating him to a posh dinner at Mayfair restaurant.

The Argentine boss confirmed that Struggling Spurs players texted him to meet them at Novikov – a favourite dining spot for millionaire Premier League footballers, as reported by Today.ng

Last weekend’s draw at home to Watford left them 13 points behind Liverpool after just nine matches but they bounced back with a bang in the Champions League by thrashing Red Star 5-0 on Tuesday after just winning one of their seven matches before then.

Speaking on the invite, Pochettino said: “When you receive a text from the players inviting you and the coaching staff for a dinner one of two things can happen.


“And I think it’s the second.


“If they were going to say goodbye to me, they would do it here – not at a dinner.”

Asked whether the players are still behind their boss, Dele said: “Yeah, 1,000 per cent.

“A lot of us would not be where we are now if it was not for him. All we can do is thank him.