Home News General News There is Nothing Like 'Money Ritual' - Abimbola Reacts To Murder Of...
NewsGeneral News 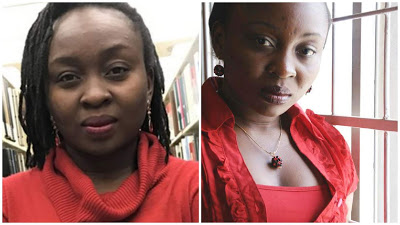 In one of the sad events which brought 2019 to a tragic end Was The gruesome murder of miss Favour Daley-Oladele by her boyfriend, Owolabi Adeeko, who had allegedly connived with a pastor, Segun Philips to kill favour for ritual purposes.

The pastor had promised to make a potion that would magically draw money for Adeeko and his mother. Now that they have been busted, the pastor claimed the ritual failed because “the spirit did not bring any money.”

Abimbola Adunni Adelakun, Nigerian writer while reacting to the gruesome murder of the Lagos State University student, Miss Favour, by a self-deluded young man in pursuit of an illusion of “money rituals”, said the act is saddening.

According to Abimbola, she is uncertain if Adeeko genuinely believed that money would magically surface or he was merely making things up for the press, but here is the truth: There is nothing like money ritual. There has never been, and there never will be.

I am uncertain if he genuinely believed that money would magically surface or he was merely making things up for the press, but here is the truth: There is nothing like money ritual. There has never been, and there never will be.

There is nobody that claims that “money ritual” is real that can also substantiate it. The evidence people tender about its efficacy is typically reportorial, or some fantasy they picked up from home movies.

Meanwhile, Nollywood filmmakers too have never seen money rituals work either. What they rehash are urban myths and similar tales. Nobody, I repeat, nobody can make money come out of thin air or conjure it from another location. The so-called prophet also promised Adeeko’s mother she would be getting contracts. That too is impossible. Nobody gets contracts because they draw on supernatural forces. They either get it because they keep company with those that give out the contracts, or because they provide unique services.

It is imperative we vigorously debunk such superstitions for the sake of the poor people who fall prey to these grifters. Is it not curious that with all the claims of efficacy of money rituals in Africa, nobody can identify a single billionaire who made their money from such magic? If spirits can bring cash or a decapitated head stewed in magic potions can truly make anyone rich, why are Africans still the poorest people in the world? Should the beneficiaries of such magic not be standing shoulder to shoulder with the billionaires of this world
like Bill Gates and Mark Zuckerberg?