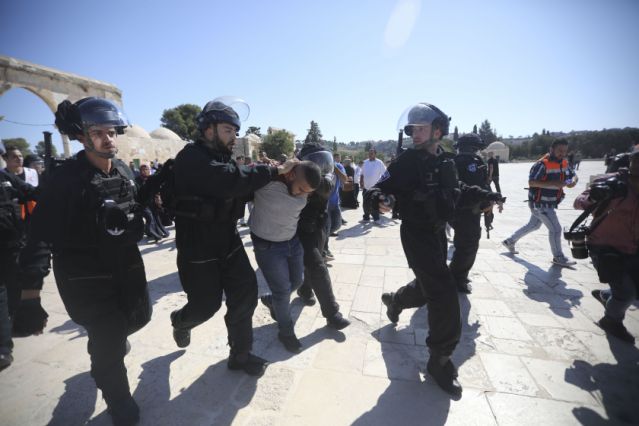 Gaza’s Health Ministry says a 26-year-old Palestinian was killed after exchanging fire with Israeli troops along the perimeter fence surrounding the coastal territory.

The Israeli military says an “armed terrorist” approached the frontier early Sunday and opened fire toward troops on the other side, who responded by shooting at the attacker. The army says a tank also targeted a nearby military post operated by the Islamic militant group Hamas.

The Palestinian ministry identified the deceased as Marwan Nasser. It was not clear if he was a member of an armed group, and no one immediately claimed responsibility for the attack.

On Saturday, Israeli troops killed four Palestinian militants who the army said had tried to carry out a cross-border attack. Hamas, which has ruled Gaza since 2007, said the attack was an “individual act” carried out by frustrated youths and was not planned by the group.

Clashes have erupted between Muslim worshippers and Israeli police at a major Jerusalem holy site during prayers marking the Islamic holiday of Eid al-Adha.

It was not immediately clear what sparked the violence at the site, which Muslims refer to as the Al-Aqsa mosque compound and Jews refer to as the Temple Mount. Thousands of Muslims had flocked to the site early Sunday for holiday prayers.

It is the holiest site for Jews and the third holiest for Muslims. It has long been a flashpoint in the Israeli-Palestinian conflict.

Israeli police barred entry to the compound to Jewish visitors on Sunday before clashes erupted. Sunday is also the Ninth of Av, the Jewish day of mourning for the destruction of the two Biblical temples built on the site in antiquity.

Nigerian actress, Angela Okorie has tie the knot with her fiance, Desmond a.k.a Chuchu in a romantic beach wedding.
ALSO READ:  NSCDC Arrests Two For Having Inter-course In Public
Read more
Education