Tension As ASUU Threatens To Go On Nationwide Strike 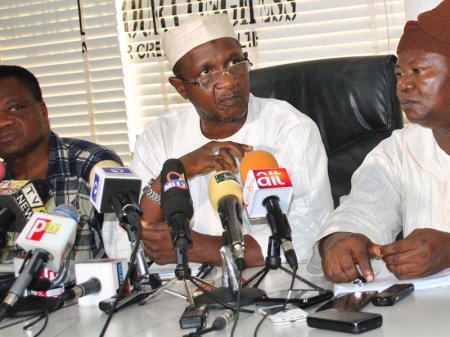 The Academic Staff Union of Universities, “ASUU” has once again threatened to kick-start a nationwide strike very soon.

According to that Biodun Ogunyemi, ASUU national president made this known to us during the usual National Executive Council “NEC meeting” which took place at the University of technology, Minna.

It was revealed that the union will start its standing resolution of “No pay, No Work” if federal government makes any tries to stop their salaries over Integrated Payroll and Personnel Information System (IPPIS) – said on Wednesday.

Read the Union’s full words below….

“Academic Staff Union of Universities (ASUU) has threatened to embark on a nationwide strike if the federal government makes any attempt to stop salaries of their members over Integrated Payroll and Personnel Information System (IPPIS).

“ASUU national president, Biodun Ogunyemi, who declared this yesterday, after a National Executive Council (NEC) meeting, held at the Federal University of Technology, Minna from 7th-8th, December, 2019, said the union shall activate its standing resolution of “No pay, No Work.”

“He noted that the union is shocked that the OAGF said IPPIS is meant to comply with global best practices when they cannot tell Nigerians or any other country where IPPIS is extended to the universities as one of the best practices.”

The above statement was gathered from the ASUU official twitter page.