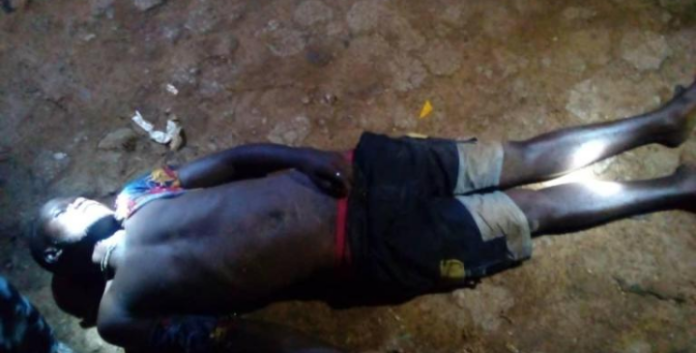 A young man identified as Kingsley was shot dead by DSS operatives in Sharp corner community in Nasarawa State.

Kingsley was trying to rescue a drunk man found close to a shop opposite the DSS quarters.

The deceased tried to resuscitate him but was quizzed by the DSS operative instead.

This led to an argument, despite his glaring innocence, the DSS operative have refused to let him go.

DSS operatives chased after him to Ebenezer Primary School and shot him from behind.

A witness, who pleaded anonymity said:

I and some others who were at a provision shop and we saw what was happening and quickly explained to the DSS operative that Kingsley was only trying to help the drunk man.

A 19-year-old Indonesian man who was arrested for raping a child Collapsed on Thursday after he was lashed nearly 150 times by a sharia...
Read more
Society News

There is a clash between prison controllers at Agodi prison in Ibadan, Oyo state and Motorcyclists which led to the death of one person...
Read more