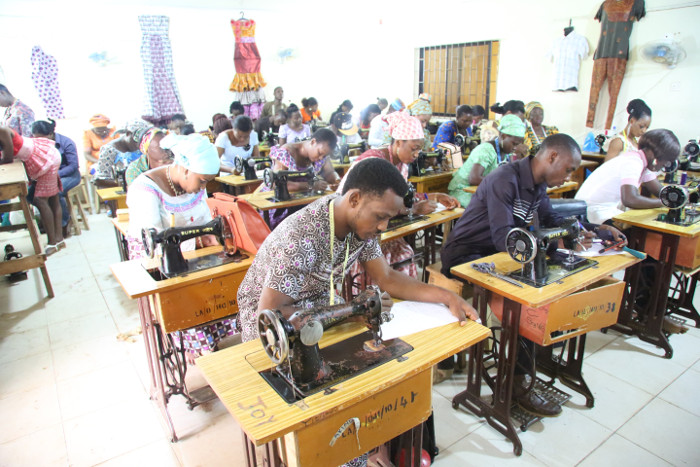 A 47-year-old tailor, Popoola Abolade, was on Friday brought before a Yaba Magistrates’ Court in Lagos, for allegedly defrauding a company of N1.48 million.

Abolade, who resides in Ikeja area of Lagos, is facing a two-count charge of stealing and obtaining by false pretenses, to which he pleaded not guilty.

The Prosecutor, Sgt. Godwin Oriabure, told the court that the defendant committed the offences at 1p.m. on Jan. 19, at No. 33, Olorunlogbon St., Anthony Village, Lagos.

Oriabure said that the defendant was contracted by Slloyd Nigeria Ltd., to sew 222 uniforms worth over N1.6million for its workers.

He said however that the defendant delivered only 48 of the uniforms to the company and promised to deliver the remaining 174 uniforms, which he failed to do.

Oriabure told the court that instead of meeting his contractual obligations, the defendant locked up his shop and absconded with the balance of N1.48million.

“My Lord, it was the company’s Human Resources consultant, Mr Olumide Oladipo that made the report at the station.


“Upon investigation, the defendant was arrested and he signed an undertaking to supply the remaining uniforms to the company or return the money within three weeks.


“My Lord, that was in May, up to date, he has refused to do either,” the prosecutor  said.

Oriabure said the offences contravened Section 287 and 314 of the Criminal Law of Lagos State, 2015 (Revised).

The Magistrate, Mrs S.O. Obasa, admitted the defendant to bail in the sum of N200,000 with two sureties in like sum.

Obasa ordered that the sureties must be above 40 years and reside within the court’s jurisdiction.

He added that the sureties should show evidence of three years’ tax payment to the Lagos State Government.

The case was adjourned till July 30, for mention.