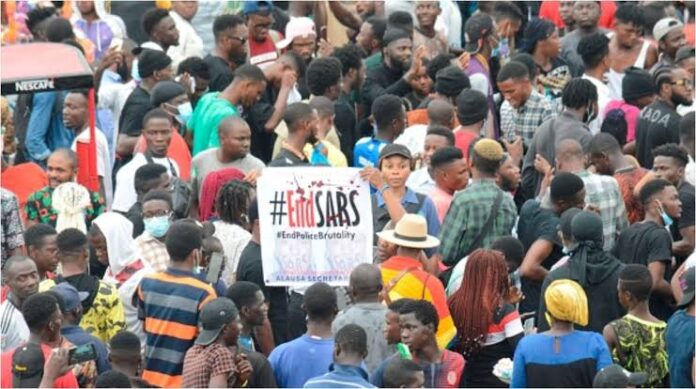 Obafemi Martins, through his foundation, donated food items to protesters at the Lekki Toll Gate in Lagos on Monday, October 17.

With the protests entering its Day 13 at the famous toll gate, the former Super Eagles striker via his foundation distributed food and drinks to protesters.

Since the protests broke out, it is gathered that many of the agitators sleep and wake at the venue and thereby could be out of food.

In his latest post on his social media account, the Wuhan Zall of China striker posted pictures as well as clips of officials of his foundation distributing the items to the protesters.

I love you …my country ❣️❣️❣️#ENDSARSNOW

He has played for several top clubs in Europe including Inter Milan, Newcastle as well as Rubin Kazan.

Residents of KwaZulu-Natal in South Africa on Saturday, 28 November recovered bodies of three children who were electrocuted in a stream. The children who all...
Read more
General News

It was an unfortunate day for a Kidnapper who mistakenly board a commercial bus belonging to one of his victims in Sokoto state. The Kidnapper...
Read more