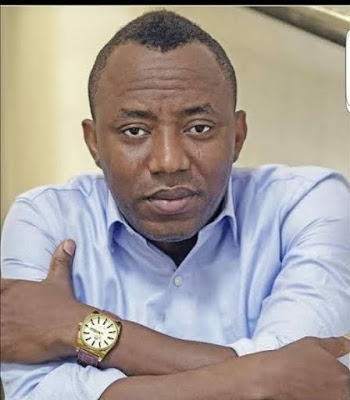 Femi Falana, the lawyer representing the detained publisher of Sahara Reporters, Omoyele Sowore has described as misleading the claim by the State Security Service that it failed to release Mr Sowore because no one had come to collect him.

On Friday night, in an obvious attempt to defend its repeated refusal to release Mr Sowore, 48 hours after meeting his bail conditions, the SSS claimed that “no one had turned up to take delivery” of the publisher and rights activist after the federal agency confirmed receipt of Mr Sowore’s release warrant.

But in a reaction, Mr Falana, a Senior Advocate of Nigeria and rights activist, said in a statement sent gathered by FreshReporters News that the SSS again refused to release Mr Sowore after over four hours when lawyers from the defence team waited at the office of the secret police to receive the detained publisher following receipt of the release warrant by the federal agency.

“Upon acknowledging the service of the reproduction warrants, the SSS assured the bailiff and five lawyers from the defence team that our clients would be released yesterday,” Mr Falana said. “But the SSS decided not to release our clients to our lawyers who waited in vain in the agency’s headquarters for not less than 4 hours,” he added.

Explaining the import of the release warrant confirmed to have been received by the SSS, Mr Falana said the agency was mandated by court to personally produce Mr Sowore for his release after receiving the warrant.

The lawyer also described the recent statement from the SSS as a pledge of commitment to obeying the court order.

Mr Falana said the agency had contacted him when Mr Sowore insisted on reaching his lawyer before writing a statement and wondered why the same agency would hesitate to call him, if they felt a lawyer or anyone was necessary to release Mr Sowore.

He thanked Nigerians for clamouring for Mr Sowore’s release and urged the publisher to suspend the hunger strike.

Mr Sowore who was arrested on August 3 after planning a nation-wide anti-government protest with the hashtag #RevelutionNow was first granted bail in September. That bail was not complied with by the SSS despite meeting the conditions.

We will continue to monitor happenings at the SSS on Saturday to see if it would comply with the order and release Mr Sowore.

The agency which stated its readiness to comply with the orders of the federal high court on Mr Sowore is still holding a former National Security Adviser, Sambo Dasuki captive, after he was arrested in December, 2015 on allegations of fraud, despite numerous court orders for his release, PremiumTimes reports.