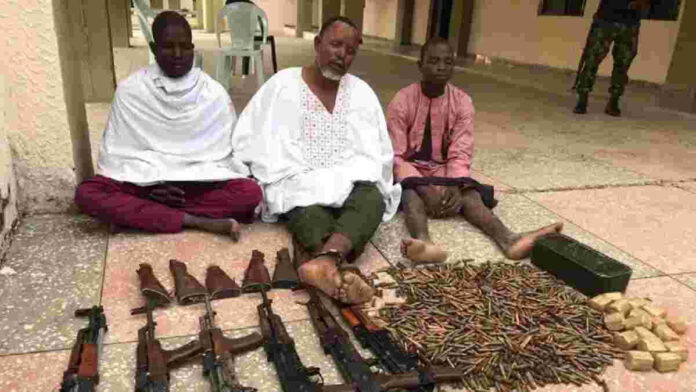 Soldiers on internal security operations in Sokoto State have arrested 3 foreigners who have been supplying arms and ammunition to bandits and other criminal groups operating in the North West region of the country.

He stated that the suspects were arrested with arms at Dantudu in Mailailai District of Sabon Birni LGA of Sokoto State.

According to reports, the suspects are currently undergoing preliminary investigation in military custody, after which they would be handed over to the relevant prosecuting agency.

It, therefore, goes to show that some of the security challenges in the country have external influence. The suspects are currently in custody undergoing preliminary investigation before being handed over to the prosecuting agency.