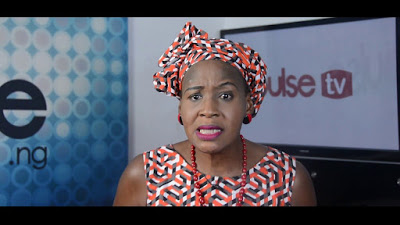 Olunloyo warned that Kiki might have exposed herself to grave danger as she refused to cover her face in the now viral video, NaijaNews Reports

Recall as previously reported by Naija News, Kiki had also cried out that she has started receiving death threats after the video which exposed some University lecturers indicted for sexual harassment went viral.

In her reaction to the saga, Olunloyo warned that Kiki should have covered her face and remained anonymous just as others involved in the documentary’s production.

She warned that such death threats could be carried out on the investigative journalist, expressing worries over the ability of the BBC to protect her.

Olunloyo bared her mind in a series of tweets on her Twitter account on Tuesday where she recalled the murder of Ahmed Hussein-Suale, saying:

In her opinion, Olunloyo said Kiki was unprofessional, arrogant and ignorant for exposing her face in the documentary, warning that she has put herself in huge danger.

“@BBCAfrica didn’t protect her identity as she went undercover in a sting on #sexforgrades. It was completely unprofessional. An undercover Journalist must NEVER be revealed after the job is done. The Journalists that did Siasa and Codeine/Tramadol were never revealed. Huge danger.”

“She is arrogant and full of ignorance. @kikimordi leave Nigerian soil and don’t try to be a hero in the name of investigative Journalism for a BIG media outlet. BBC had an Exodus in 2014. Most Journalists told me they were “gagged”. #sexforgrades suspect in Ghana already boasting.”

“The network has been struggling now for 5 years. I’ve helped BBC promote or contribute to investigations but it’s an absolute travesty to put an undercover Journalist’s face and name to an UNDERCOVER story. Nigeria/Ghana are dangerous #sexforgrades #BBCAfricaneye
@PoliceNG”

“I will say no more on this matter. Nigerian media outlets rarely do UNDERCOVER WORK. Even @PoliceNG limits it to violent crimes. The bigger picture is the trauma these young ladies passed through has not been treated.”