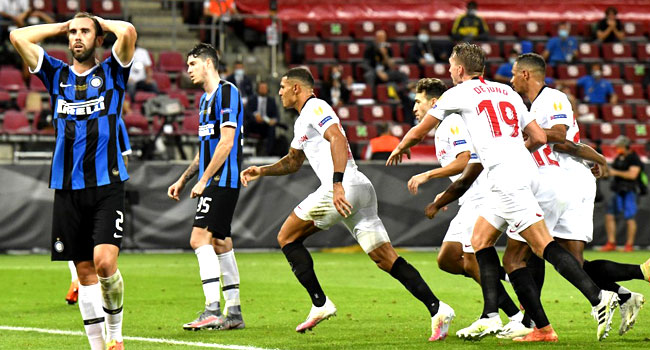 Sevilla pulled in front in the 74th, with Lukaku redirecting Diego Carlos’s overhead kick into his own net for the decisive goal.

It was an ironic ending, considering Lukaku had opened the scoring five minutes in on a penalty conceded by Diego Carlos.

Both sides will enjoy an offseason break ahead of the new season. La Liga is slated to begin Sept. 12, while Serie A will begin a week later, on Sept. 19.