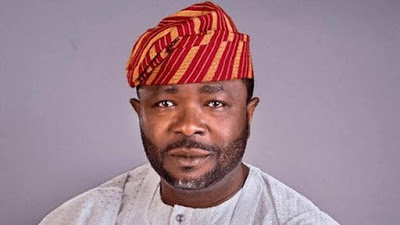 He died today June 15 at a hospital in Lagos, the cause of his death is not yet known.

On February 23, 2019, he was elected the Senator representing the Lagos East Senatorial District at the National Assembly. He was subsequently appointed as the Chairman, Senate Committee on Industries

Facebook
Twitter
Pinterest
WhatsApp
Telegram
Email
Linkedin
ReddIt
Previous articleVIDEO: It Is A Sin To Be A Tenant, Having A Landlord Means You Have 2 Lords – Pastor Says
Next articleFG Ban Flight Company Indefinite For Conveying Naira Marley To Abuja Concert