SAD PHOTOS: George Floyd Buried Beside His Mother In Houston 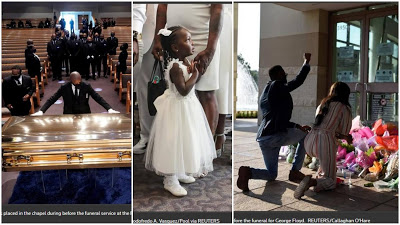 George Floyd, whose death sparked worldwide protests, has been laid to rest on Tuesday, next to his mother Larcenia Floyd.

After more than two weeks of demonstrations and anguished calls for racial justice, the man whose death gave rise to an international movement, and whose words “I can’t breathe” have become a rallying cry, is being laid to rest on Tuesday at a private funeral in Houston.

Hundreds of mourners filled the Fountain of Praise church as the service got underway on Tuesday, capping five days of public memorials in Minneapolis, North Carolina and Houston more than two weeks after his death powered sprawling protests across America.

Mr. Floyd, who was pinned under the knee of a Minneapolis police officer and died in custody on May 25 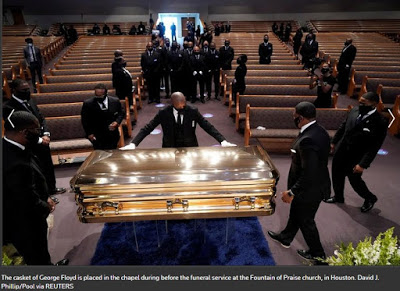 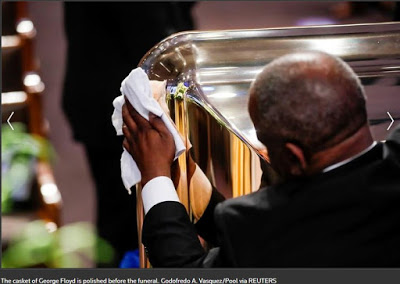 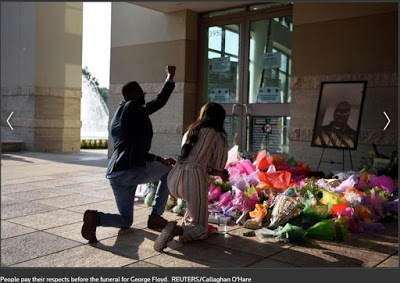 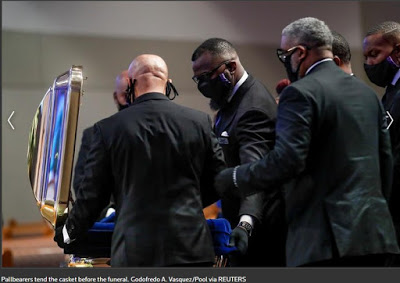 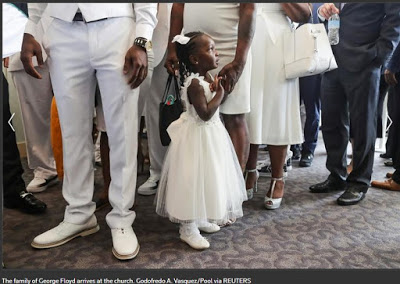 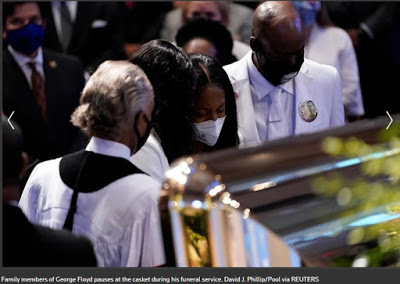 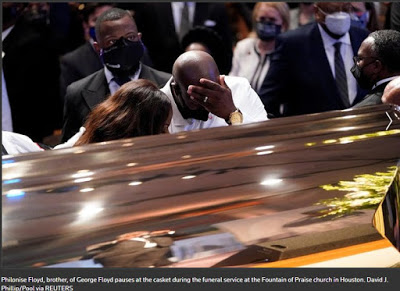 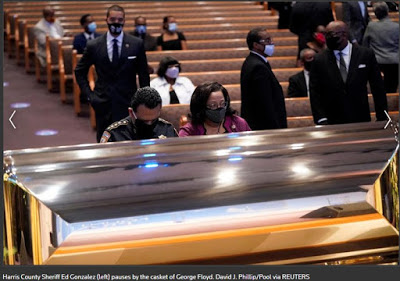 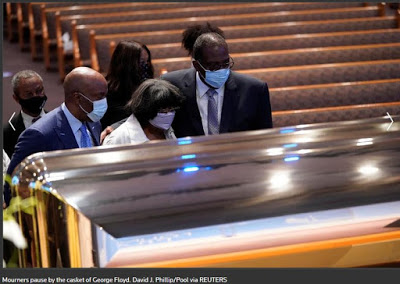 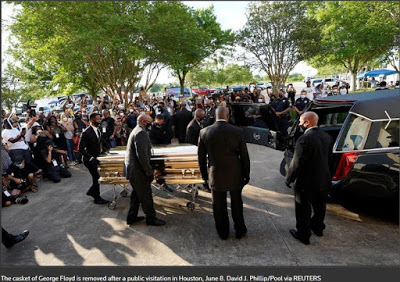 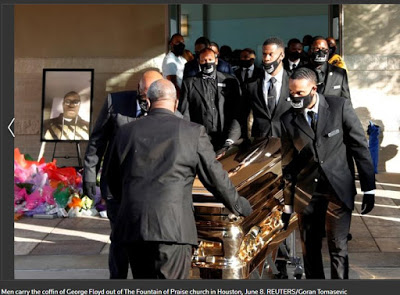 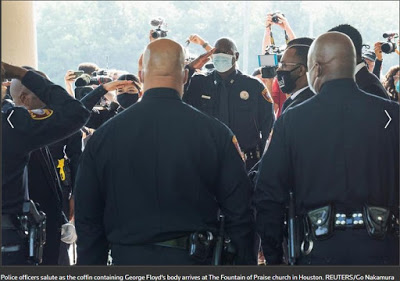 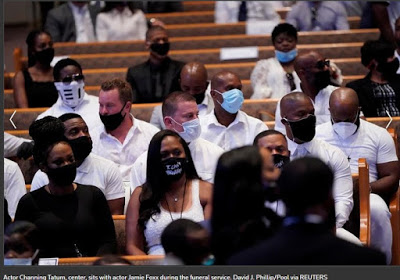 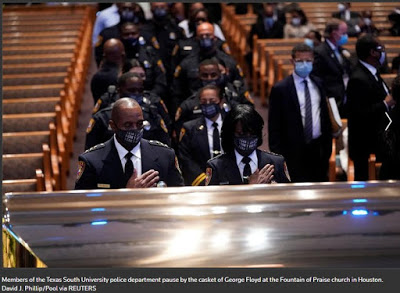 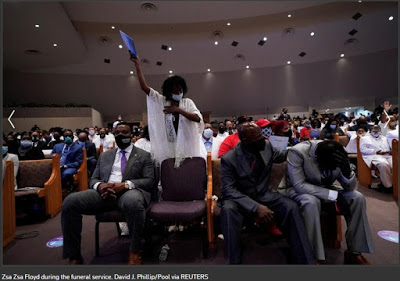 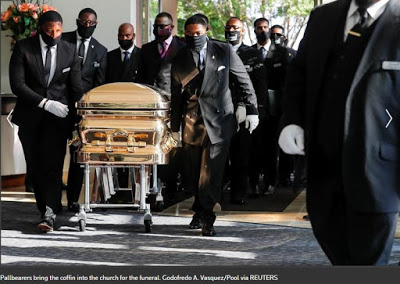