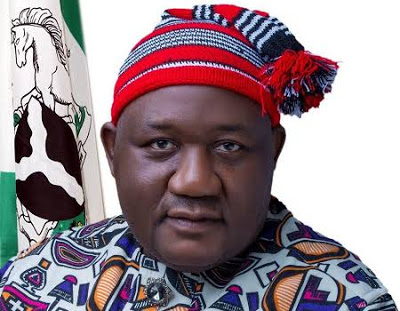 It is a a black Wednesday for the people of Omo North senatorial district as The Senator representing the Senatorial District, Benjamin Uwajumogu, is dead.

This sad incident was confirmed by Rochas Okorocha, the Senator representing Imo West Senatorial District, he confirmed the death of Uwajumogu to reporters at the Senate on Wednesday.

The deceased was said to have slumped in the toilet while taking his bath and rushed to a private hospital in Apo, Abuja where he was confirmed dead.

A teacher handling kindergarten class in China has been sentenced to death for the crime of the poisoning of children in an...
Read more
General News