Russia, US Trade Charges After Near Naval Collision 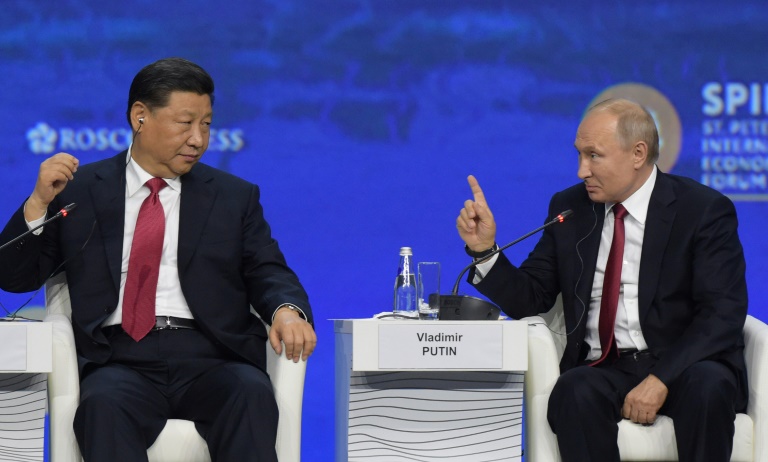 Russia and the United States on Friday accused each other of dangerous maneuvers after their naval ships came close to collision in the East China Sea.
Russia’s Pacific Fleet said that the USS Chancellorsville guided-missile cruiser suddenly cut across the course of its Admiral Vinogradov anti-submarine ship, passing in front of it at a distance of just 50 meters (164 feet).

The Russian ship had to carry out an emergency maneuver to avoid collision, the navy said, adding that it had sent a message of protest to the US cruiser’s commanders.

Admiral Viktor Kravchenko, Russia’s former navy chief of staff, accused the US of “hooliganism” in comments to Interfax news agency.

But the US Seventh Fleet later attributed the incident to an “unsafe” maneuver by the Russian ship, which it said had accelerated from behind to sail within 50 to 100 feet of the Chancellorsville, “putting the safety of her crew and ship at risk.”

“We consider Russia’s actions during this interaction as unsafe and unprofessional,” the US Navy said.

“To me, safety at the end of the day is the most important,” Shanahan told reporters, saying the incident “will not deter us from conducting our operations.”

A US Navy official said that a helicopter had been trying to land on the Chancellorsville, a delicate operation in which a ship needs to sail steadily rather than slow down.

The helicopter gave up after the Russian vessel approached, he said.

Under international rules of navigation, a ship seeking to overtake another vessel bears the responsibility for ensuring the safety of the one it is passing, the official said.

– Sunbathing on the high seas –

The US Seventh Fleet released a video of the incident in which Russian sailors appeared to be sunbathing on the stern of the Admiral Vinogradov as their ship approaches.

The East China Sea and South China Sea are already tense due to periodic incidents between the US Navy and vessels from China, which has a number of disputes with its US-allied neighbors over small islands.

The sea incident came just as Chinese President Xi Jinping was visiting Russia, where President Vladimir Putin accused the United States of seeking to “extend its jurisdiction to the whole world.”

Despite recent attempts to find cooperation, the United States and Russia have been at loggerheads over a range of issues including Moscow’s backing for separatists in Ukraine and its alleged interference in the US election.

“Especially in the atmosphere of constant hysteria over Russia in US political circles,” he tweeted, “this is walking on the razor’s edge.” 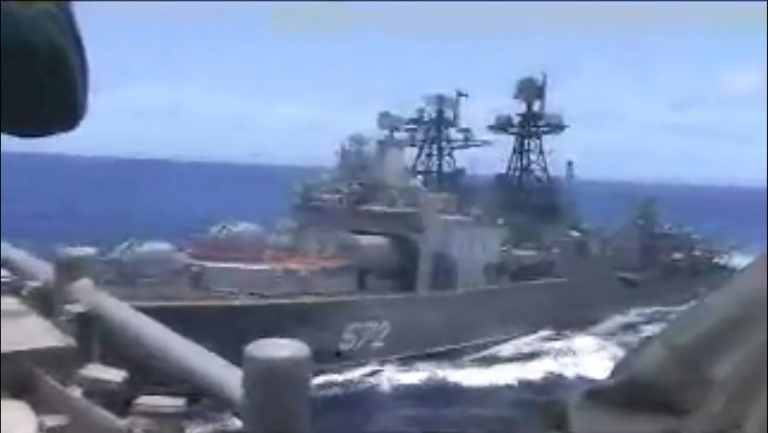 Russia and the US regularly accuse each other of carrying out dangerous naval or aerial maneuvers.

In June 2016, Moscow and Washington traded accusations after their naval ships sailed closely past each other in the eastern Mediterranean.

A month later, the US accused Russia of “aggressive” and “erratic” moves by one of its warships in the same waters.

The two countries also regularly complain over each other’s military planes flying too close to their airspace.
In May, US fighters intercepted six Russian military aircraft in international airspace west of Alaska, and shadowed them until they exited the area.