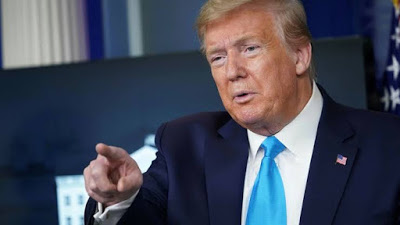 United States President Donald Trump announced he is designating all places of worship including churches, synagogues and mosques.

According to Trump he wants them to “open right now.”

The president panned state leaders for keeping “liquor stores and abortion centres” open during the coronavirus lock down while keeping places of worship shuttered. “It’s not right,” he said, declaring his move is aimed at “correcting this injustice.”

If there’s any question, they’re going to have to call me.

But they are not going to be successful in that call.

In America, we need more prayer, not less.

We want our churches and our places of faith and worship, we want them to open.

But they’re going to be opening up very soon. We want our churches open, we want our places of faith, synagogues, we want them open, and that’s going to start happening.

I consider them essential, and that’s one of the things we’re saying. We’re going to make that essential.