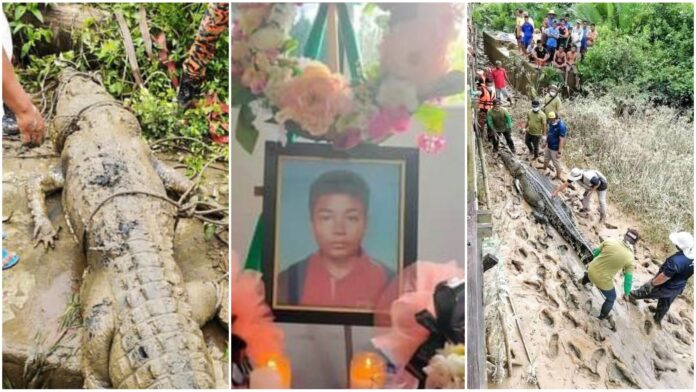 The body of a 14-year-old boy, Ricky Ganya has been found dead inside a crocodile’s stomach.

The deceased went missing after the crocodile pulled him from a riverbank and dragged underwater.

Ganya had been collecting snails with his family at a riverbank in Kuching, Malaysia on Friday when the crocodile leapt out of the water and towards him.

The animal clamped its jaws around the boy’s foot and dragged him underwater.

The boy’s aunt called for help and the emergency services arrived, but the boy was gone.

They used a chicken as bait to lure the crocodile back out of the water and it was trapped in a snare four days later.

Residents cut open the reptile’s stomach and found clothes belonging to Ricky as well as a number of human remains.