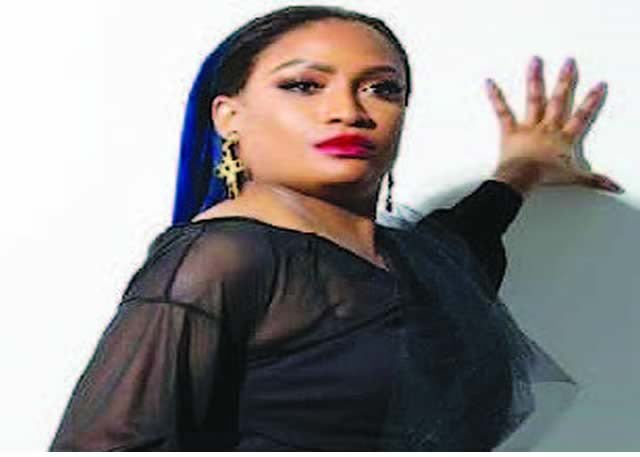 It has not been an easy ride for Folashade Aboderin, better known as Shady Blue, in the music industry. At some point, she had to put her music on hold to start a family.

In a chat with Sunday Scoop, Shady Blue admitted that she became depressed when she stopped doing music. The United Kingdom-based artiste stated, “I had to take a break from music to have kids. At a time, I lost my confidence because I went through a lot when I was having children. I felt I was too fat, ugly and didn’t have any talent anymore. Before I returned to doing music, I was quite depressed.”

The single mother of two said when she returned to music, she decided to take her brother’s advice by doing afrobeat, instead of her original style, soul/jazz.

She said, “My brother feels doing afrobeat is easier to do than soul/jazz. He told me that once I got people’s attention, I would be free to show them the other side of me.”

Shady Blue, who was the only female singer in JJC and 419 Squad, stated that she didn’t regret quitting the group.

She stated, “I was close to JJC Skillz, D’banj and Don Jazzy. But I decided to leave the group because I wanted to start my own girls’ group. I started a group called Equality and we enjoyed the support of JJC and Don Jazzy, but the group was short-lived.”

Shady Blue also recalled how she didn’t take Don Jazzy and D’banj seriously when they invited her to their studio when they returned to Nigeria. She stated, “At a time, D’banj and Don Jazzy invited me to their studio. To be honest with you, I didn’t take them seriously. I couldn’t believe they left the UK for Nigeria; I just felt they wanted to waste my time.”