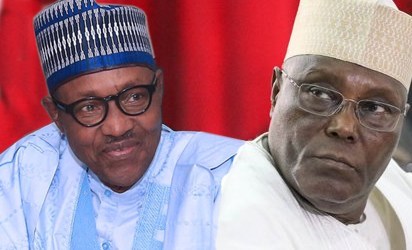 Justice Garba replaced the Court of Appeal President, Justice Zainab Bulkachuwa, who had on May 22, recused herself from heading the panel, following a petition that was lodged against her by the PDP and its candidate, Atiku.

The petitioners had contended that it would be wrong to allow Justice Bulkachuwa whose husband and son are active card-carrying members of the All Progressives Congress, APC, which sponsored President Buhari’s election.

Meantime, the Coalition For Change, C4C and its presidential candidate, Geff Chizee Ojinka, has withdrawn the petition they lodged against the February 23 presidential election.

The petitioners, through their lawyer, Mr. Obed Agu, notified the tribunal that it filed a notice to discontinue the case against Buhari, shortly before the proceeding commenced.
Though the petitioners did not disclose the reason behind their action, they urged the tribunal to strike out their case.

Consequently, in a ruling that was delivered by Justice Garba, the tribunal, dismissed the petition, even as it refrained from awarding any cost against the petitioners.

Specifically, the petitioners had asked the tribunal to nullify re seeking the February 23 presidential poll on the premise that its party logo was not included in the ballot papers.