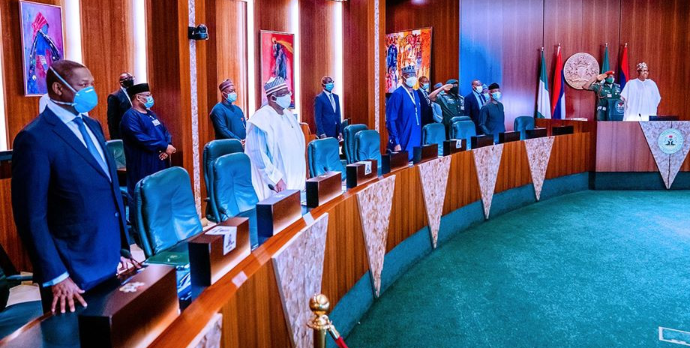 The vice President, Yemi Osinbajo, the Secretary to the Government of the Federation Boss Mustapha are in attendance.

Also present at the meeting is the Chief of Staff to the President, Professor Ibrahim Gambari.

Minsters present are the Minister of Justice and Attorney-General of the Federation, Abubakar Malami.

Others are the Minister of State, Foreign Affairs, Ambassador Zubairu Dada.

The meeting is coming amidst increasing security challenges witnessed in several parts of the country.

Central Database For Recovered Stolen Assets Launched By FG A central database for the management of recovered assets has...
Read more
Politics

It would be recalled that Bola Tinubu had earlier asked voters in edo state to reject, the state governor who is seeking...
Read more
Politics