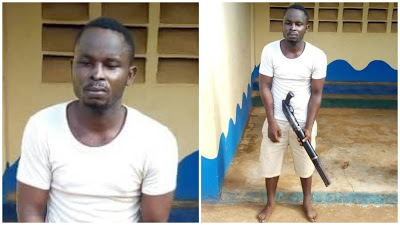 The police command in Anambra state have arrested one Amaechi Stanley AKA (Angel) ‘m’ aged  25 years of Umuota village,Obosi in Idemili North LGA of Anambra State.

Suspect who voluntarily confessed of being a member of Black Axe Secret Cult was found in possesion of One Automatic Pump Action Rifle and one live Cartridge. 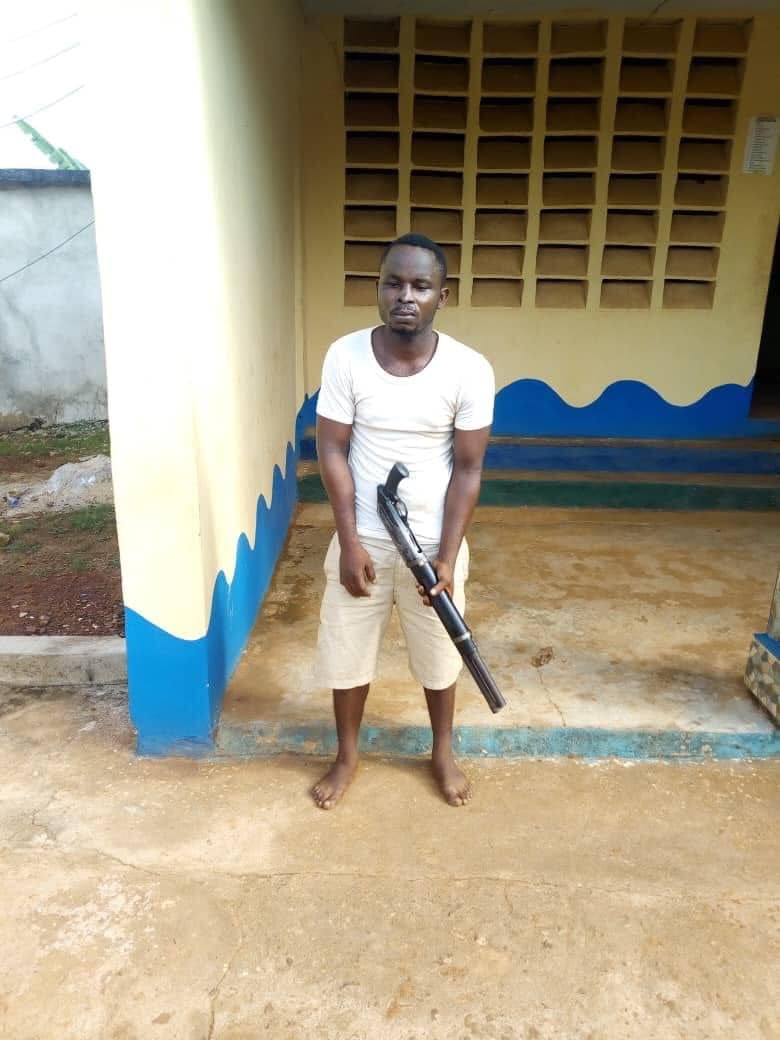 Investigation further revealed that the suspect allegedly belonged to the gang of a notorious robbery syndicate who specializes in snatching vehicles and other valuables from unsuspecting members of the public.

Case under investigation after which suspect(s) would be brought to book.