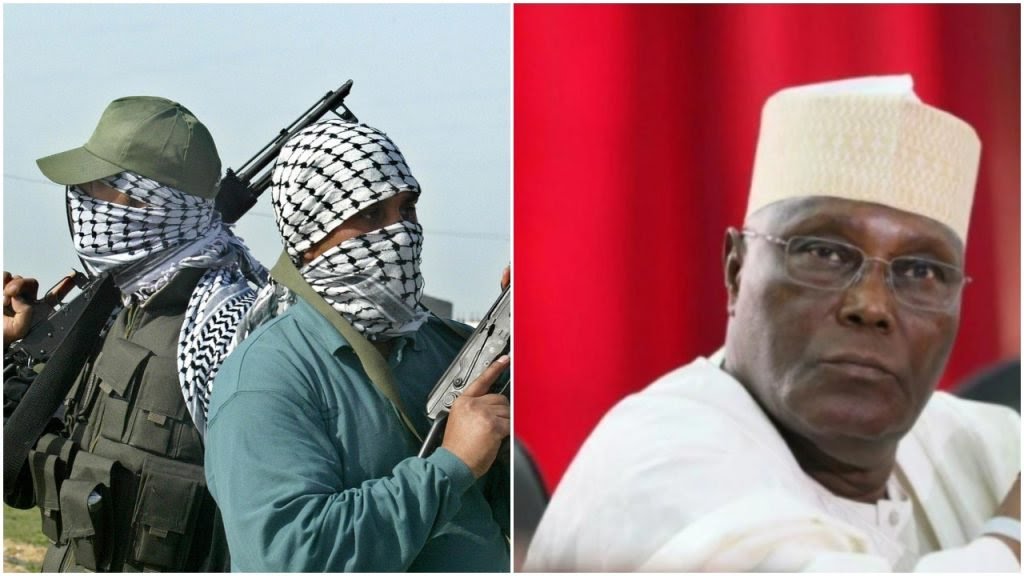 Zamfara Police command has denied media reports of attack on witnesses of the Presidential Candidate of the Peoples Democratic Party (PDP), Alhaji Atiku Abubakar in the state.

Counsel to Atiku had told the Presidential Elections Petitions Tribunal at its last sitting that the witnesses were attacked on their way to Abuja from Zamfara.

However, the public relations officer of the command, SP Muhammad Shehu, said in a statement on Sunday, July 14, in Gusau that no such attack was recorded in the state. He described the claim as highly misleading.

Shehu said: “The attention of the command has been drawn over newspapers stories published by some national dailies on Saturday 13 July, 2019.”


“That some witnesses of the presidential candidate of the Peoples Democratic Party (PDP), Alhaji Atiku Abubakar who were travelling from the state to Abuja have been attacked in the state. “According to the reports, the witnesses were traveling to Abuja from Zamfara to give witness at Presidential Aspirant Election Tribunal in Abuja.


“They claimed to have been attacked by bandits in Zamfara state, a situation that forced them to scamper into the bush which forced the court to adjourn sitting. “As far as the state police command is concern, the claim is not true and has no basis; we wish to draw the attention of members of the public that the story is not true.


“Based on the crime statistics available to the command, there was no attack by bandits either on villages or on any person or group of persons traveling on any highway in the state,’’ he said. He said since the commencement of peace and dialogue initiative with bandits in the state led by Commissioner of Police, Mr Usman Nagogo, attacks, kidnapping and other heinous crimes have reduced drastically to about 98%.


“Over 100 kidnapped victims have been rescued from the bandits through the peace dialogue”, he added. Shehu therefore described the reports as misleading and attempt to undermine the current efforts of both the state government and the police to bring lasting peace in the state.


“I am using this medium to appeal to media organizations to always verify their reports before publication,’’ the PPRO said. Meanwhile, Legit.ng previously reported that the PDP and its presidential candidate for the 2019 election had claimed that witnesses headed to Abuja from Zamfara for the election tribunal were attacked on their way.

The lead counsel for the party, Atiku and his running mate, Peter Obi, said the witnesses were attacked by some unknown gunmen.
(Legit)