[Photos]American Actor, Tracy Morgan Gets In An Accident Few Minutes After Buying A $2 Million Bugatti 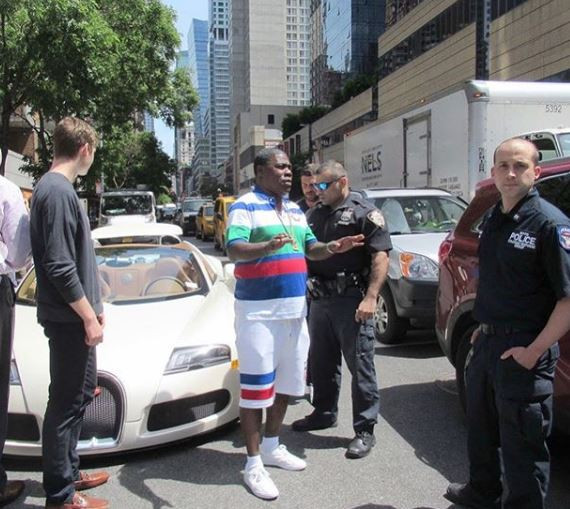 American actor,  Tracy Morgan picked up a $2 million Bugatti sports car on Tuesday and then immediately got into a minor car crash on the streets of New York City.

According to a NYPD spokesperson, the department received a call around 1:20 p.m. about a motor vehicle accident at the intersection of 42nd Street and Tenth Avenue in Manhattan.

“When officers got to the scene, they found two vehicles that were involved in a very minor traffic accident where two cars were basically side by side, and as the light turned green the cars touched. They rubbed slightly” the NYPD spokesperson said. 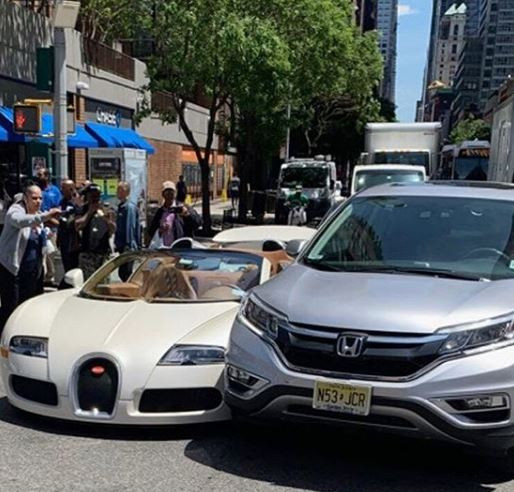 Although the damage was minor, Morgan still appeared furious at the scene. In videos going round on social media, the  50-year-old comedian is seen climbing out of his sports car and banging on the window of the silver Honda CR-V, which police said was driven by a 61-year-old woman. 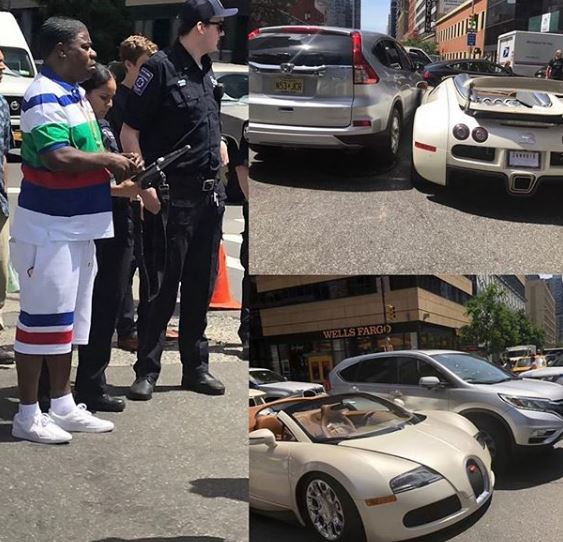 “It’s a $2 million car!” Morgan can be heard telling bystanders. “Just bought it!”  Morgan was seen entering an ambulance at the scene, but police said the comedian was not hurt and had merely asked to sit in the vehicle to get out of the sun and the view of the public and paparazzi.