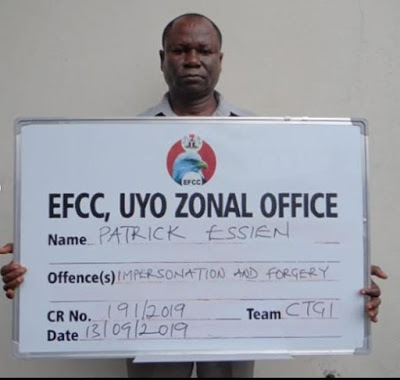 Rampa, Essien and Daniel, along with other members of their team had paid a courtesy visit to the Commissions office in Uyo, on September 19, 2018, under the Grassroot Development Advocacy Initiative (GDAI) which they claim was a registered organisation, under the auspices of National Anti-corruption Coalition (NACC). 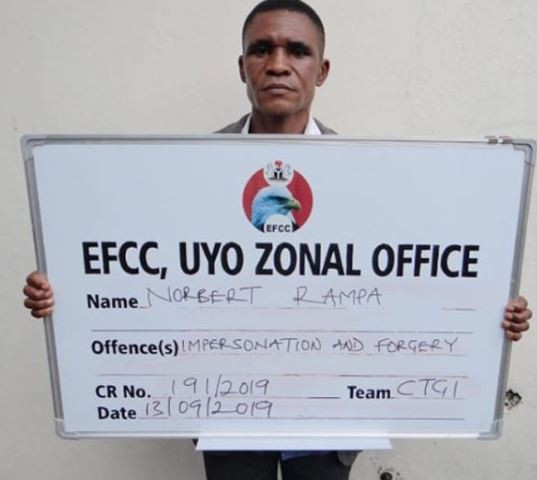 During that visit, their National Director, Essien, spoke extensively on the several trainings that their members had gone through to ensure grassroot engagements in budget processes, aimed at sustaining the fight against corruption. Rampa who introduced himself as the Director of programmes emphasised on their ‘robust’ collaboration with the ICPC, with an unsettling request that they be granted operational powers, to which the zonal head refused and advised them to report all perceived corrupt practices to the Commission.

But the team paid no heed to that advice as some of its top ranking members embarked on various levels of forgery and impersonation to facilitate their criminal activities which must have been going on for years under the guise of ‘Grassroot Initiative’. 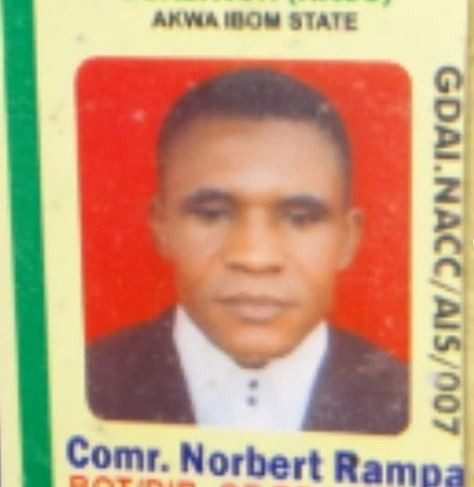 The modus operandi of this criminal extortion is purely hinged on intimidation of innocent persons and extortion of same under the pretext that they were in an operational joint tax force of both the EFCC and the ICPC. But they ran out of luck when they picked on one Aloysius Udobong, an elderly retiree for their game of intimidation and extortion.

When they initiated their move to intimidate and extort Udobong but could not, they decided to send in a fictitious petition against him to the EFCC, with well concocted claims that he was a corrupt retired public servant.

When Udobong was invited for questioning, he volunteered his statement against the ‘Grassroot’ trio, with documented evidence of their forgeries and false claims which instantly turned the table against them as they automatically became the suspects. 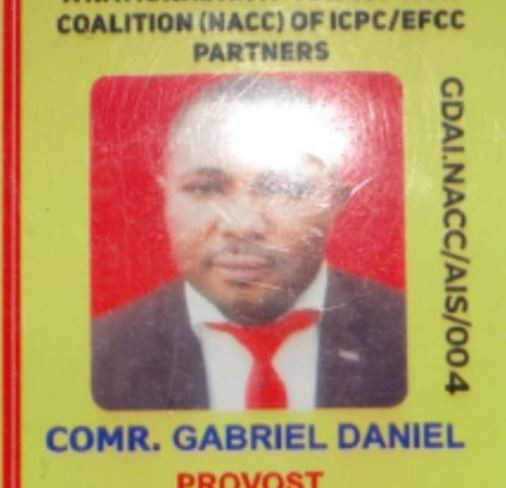 According to Udobong, sometime in 2018, the syndicate issued him a letter of investigation purportedly emanating from the EFCC and attempted to extort him, but when they discovered that he wasn’t willing to comply with their financial demands, they left. But returned again to his residence in 2019 with more letters this time, showing details of all his assets and properties, threatening to prosecute him unless he “settled” them.

After his statement had been taken, Mr. Udobong also presented some of the various invitation/investigation letters which he claimed were personally delivered to him by Rampa. On seeing the forged letters, operatives of the Commission decided to carry out a search of their various apartments. The outcome of that search completely established the fact that Rampa, Essien and Daniel, had been impersonating the EFCC and ICPC in the state and beyond.

Some of the forged documents recovered from their apartments include: forged EFCC letter-headed papers; ICPC operational jackets; forged Identity cards of National Anti-corruption Coalition of ICPC/EFCC Partnership; various forged letters to individuals and organisations purportedly coming from EFCC and ICPC; forged investigation letters to First Bank of Nigeria; handwritten drafts of fake petitions against individuals; forged investigation letters from the suspects to the complainant Mr. Udobong and a Desktop computer. 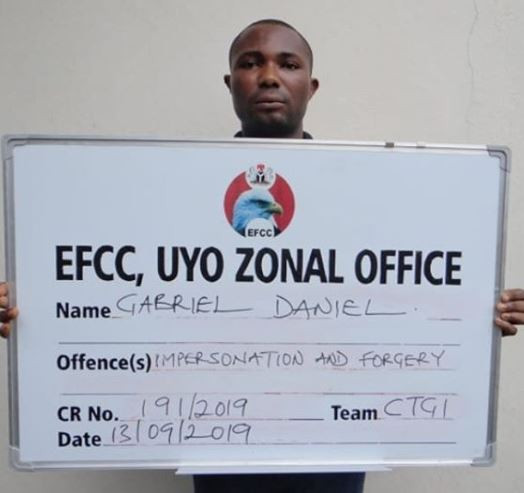 Other forged items recovered include a fake letter headed paper clearly written: ‘a national anti-corruption coalition (NACC) of ICPC/EFCC partnership, that captured Rampa as ‘Head, Intelligence Investigator/Operations’, a forged EFCC letter headed paper with the Commission’s logo on the left hand side and the coat of arms on the right hand side and forged identity cards.

ALSO READ:  My Husband Was Killed Like A Goat, Wife of Murdered Ex-NNPC Staff Bemoans

The trio were arrested on Friday, September 13, 2019, by operatives of the Commission in Uyo and are currently providing useful information. They will be charged to court as soon as investigations are concluded.