Flood that came as a result of the rain took over most streets, on Thursday as many residents were forced to stay indoors and those who attempted to step out were held in traffic.

It was gathered that on the road, cars and trucks have been held up in gridlock as a result of the gridlock, some of the places where traffic has built up due to the floods include Agege, Iju Road, Victoria Island, Lekki, Ikeja, Oshodi, Ogudu, and Ketu among other parts of the state.

On the Long Bridge axis of the Lagos-Ibadan Expressway, the traffic was heavy inbound Lagos, but it was smooth out of the state.

However, some motorists were seen driving against traffic while some commuters took the option of using motorcycles, defying the safety implications, the state ban order, and the drizzle.

For some of the commuters, it was preferable to trek in order to get to their various desired destination. 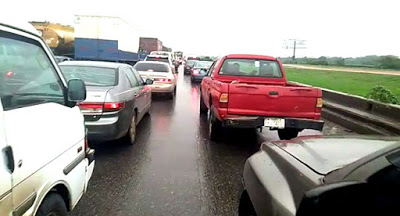 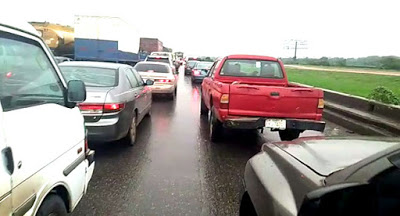 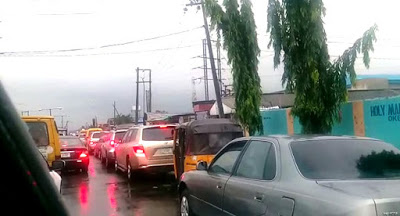 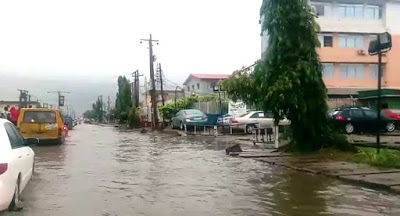 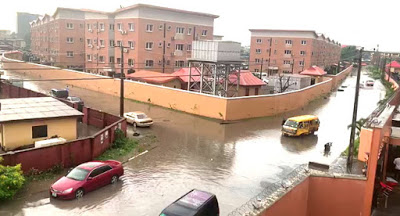 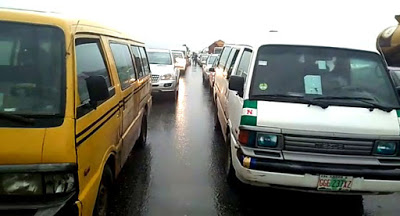