PHOTOS: Brazil Digging Up Bodies From Graves To Make Room For Coronavirus Victims 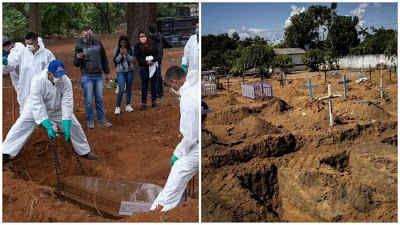 Following coronavirus death toll in Brazil which currently stands at 42,791 with 851,000 known cases, Brazil has been forced to dig up bodies from graves to make room for coronavirus victims

As the country’s death toll continues to rise, Brazil has surpassed the UK to become the second worst-hit country in the world after the US. 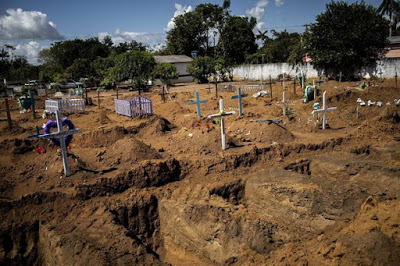 Sao Paulo have hit 5480, making it one of the worst-hit regions on the American continent, a aerial images recently showed huge mass graves being dug to make room for the dead in the city of 12 million people. 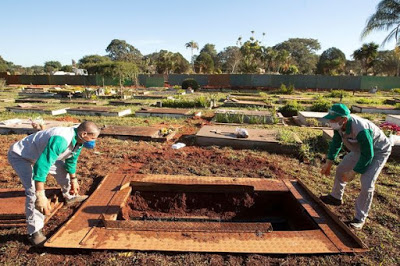 Now the municipal funeral service in Sao Paulo said the remains of those who died at least three years ago will be exhumed to make more space for Covid-19 victims. 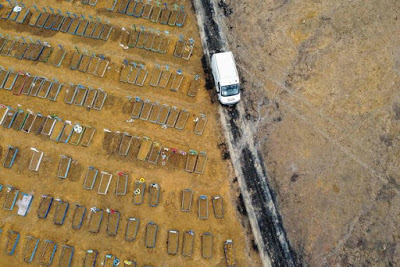 Grave workers will collect the bones, which will be put in numbered bags and then put in storage before being delivered to cemeteries within in the next 15 days. 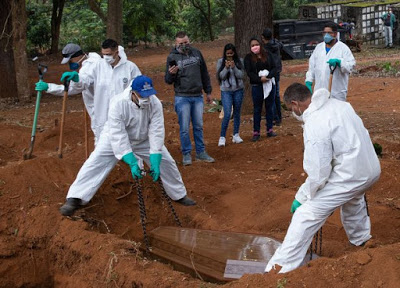 In a statement, officials said the bones will be put in public ossuaries. An ossuary is building, well, or site made to serve as the final resting place of human skeletal remains.

A grave digger at the Vila Formosa cemetery in Sao Paolo said 1,654 people were buried at the site in April, 500 more than March.

We are not in the curve. We are in the peak and people aren’t aware.

This isn’t over. Now is the worrisome moment. And there are still people out.