Hundreds of residents of Yan Tumaki in Danmusa Local Government Area of Katsina State on Tuesday took to the streets of the town to protest repeated attacks by bandits on the community.

The protesters, who blamed President Muhammadu Buhari and Governor Aminu Wasari for the spate of insecurity in the state, comprised of grown-up men and children. 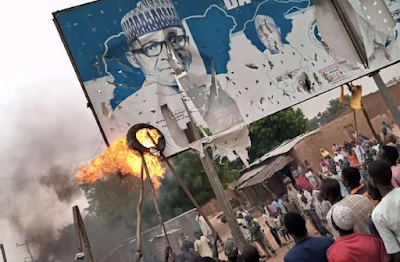 The angry protesters burnt down a billboard bearing the picture of President Muhammadu Buhari. 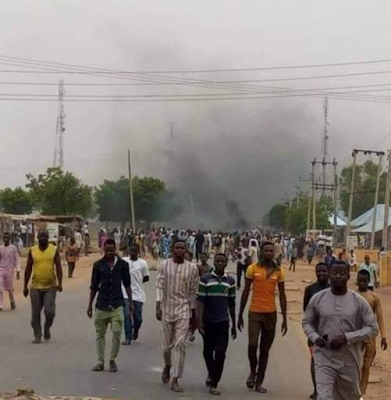 The logo of the All Progressives Congress (APC) has also been burnt by protesters in Yantumaki town, Danmusa local government area of Katsina state. 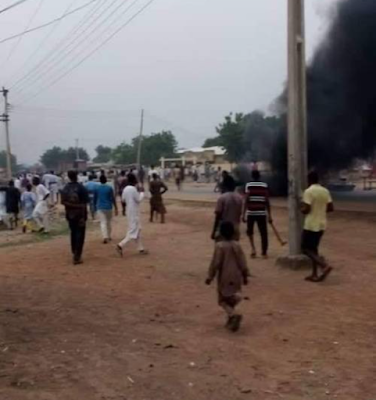 The protesters reportedly barricaded the Katsina/Kankara major highway and blocked the road leading to the town.

They were said to have been enraged by the kidnap of one Mansir Yusuf and his daughter by bandits around 1 am on Tuesday.