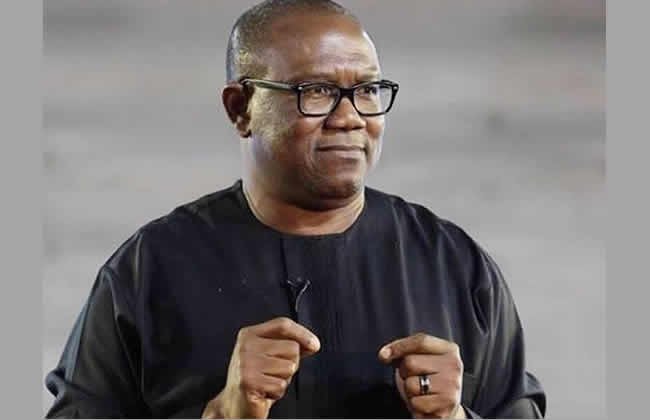 Peter Obi, the vice Presidential candidate of the Peoples Democratic Party (PDP) in the last Nigeria’s election has denied the viral news that the United States refused to issue him the country’s visa.

Obi, who is the ex-governor of Anambra State made this revelation through his media adviser, Valentine Obienyem.

His adviser had revealed that Peter Obi is presently in the United States on the invitation of highly-placed officials.

Other details below:
“Obi is a good brand such that organisations and countries are satisfied to associate with him because he has proven to be a
highly responsible person and politician.


“Those peddling the rumour are the same people that are exasperated by the honour coming his way and are desperately trying to associate his name with one crime or untoward action not purely out of hate, but out of the desire to prove that he is human and can sin a
little.


“Regrettably for them, Obi will not be caught in the web of their wickedness and intrigues because he is simply living his life without
pretences.”

Obienyem has slammed individuals spreading such information, stressing that Peter Obi has exhibited high managerial acumen and superlative performance as the governor of the state.

Obienyem further added, “One wonders why anybody should think in terms of Obi being denied a visa.

“Could it probably be because of his (Obi’s) superlative performance in Anambra State, which saw him leaving N75bn in the treasury for his successor; building a teaching hospital from the scratch; paying over N37bn in arrears of pension and gratuities since 1999; returning of schools to the Church and offering them massive support.”

What do you have to say about this?