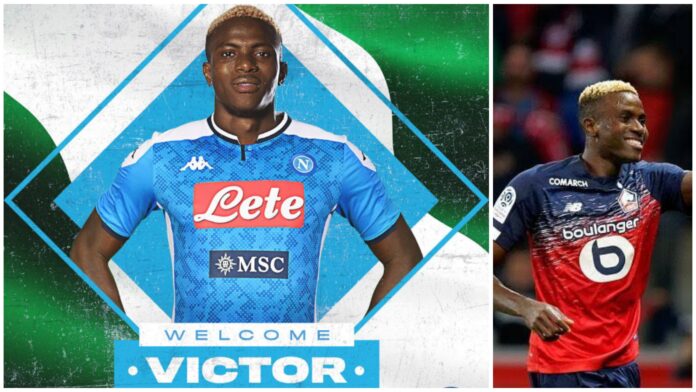 Super Eagles forward Victor Osimhen, has officially joined Napoli, Serie A side on a five-year deal.

The 21-year old striker linked up with Napoli from Lille, a French Ligue 1 side.

Napoli also welcomed the Eagles striker on on its official website.

The club wrote in a statement: