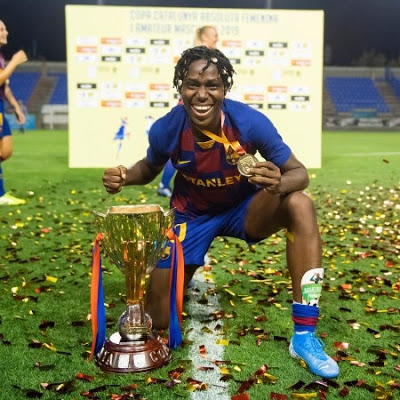 The Nigerian woman football player of the Super Falcons, Asisat Oshoala, has expressed delight at winning her first trophy with Barcelona’s women side.

Oshoala was on target as Barca defeated Espanyol 4-0 to win a pre-season tournament Copa Catalunya.

The Nigeria forward  opened the scores in the 24th minute, before MarionaCaldentey’s double in the 31st and 64th minute.

Claudia Pina wrapped the game up with an 89th minute goal.

Taking to Instagram, Oshoala celebrated her first cup with the Spanish side.


“First of many Insha Allahu,” she wrote.

The goal was her ninth pre-season goal for the side. 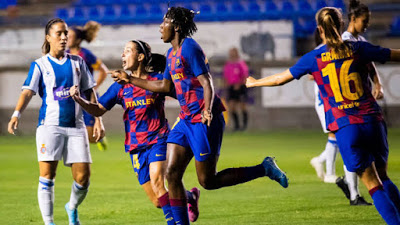 Oshoala joined Barca from Dalian Quanjian on loan in January, before sealing a permanent deal at the end of the season. 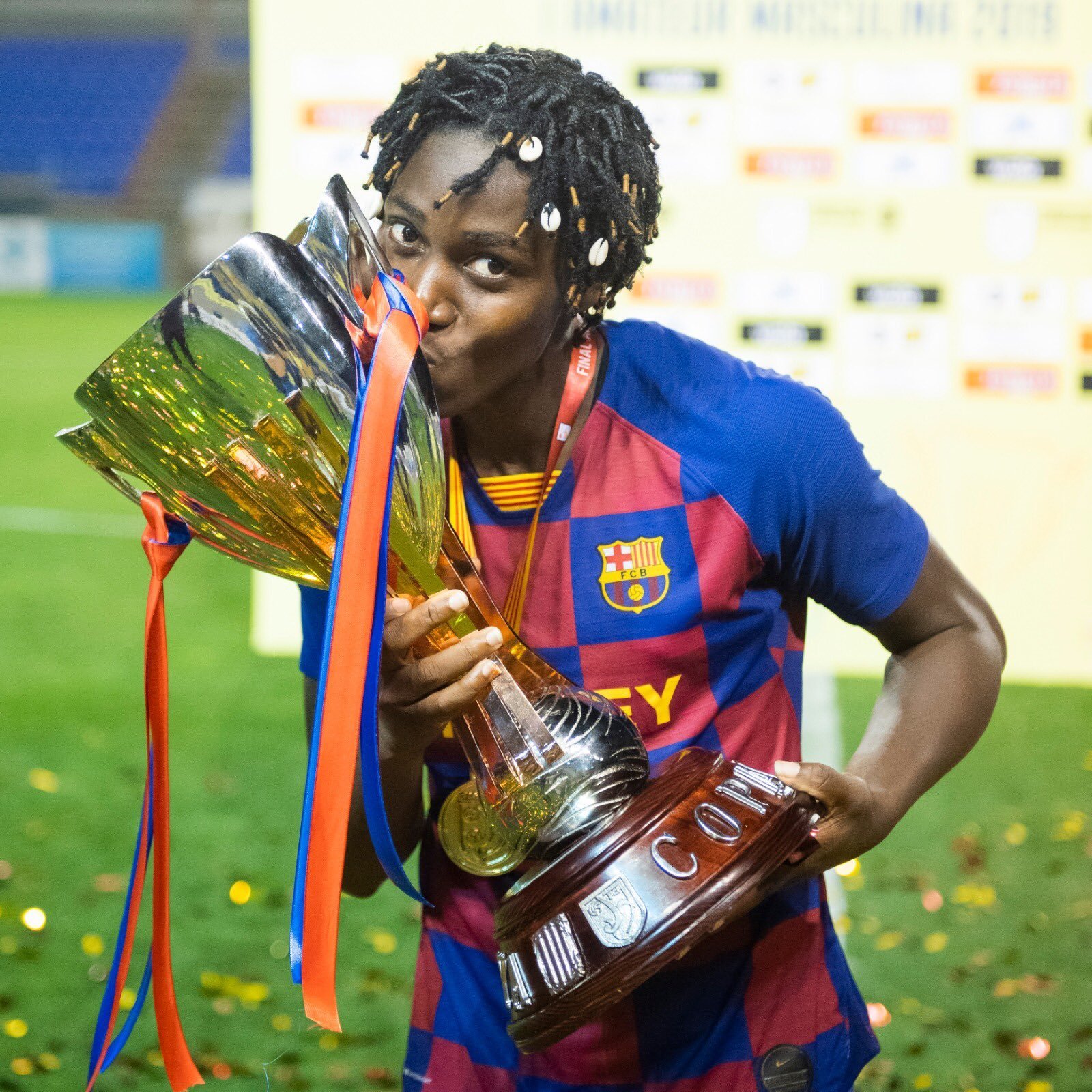