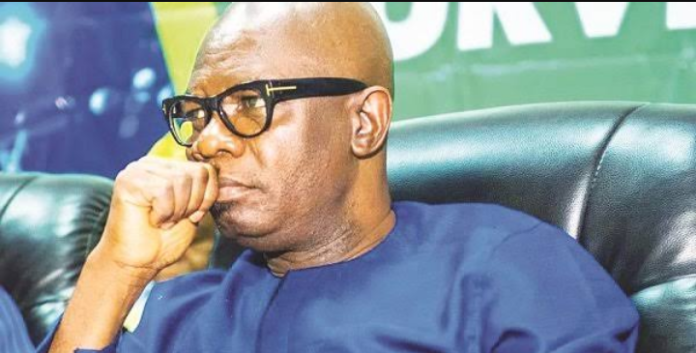 The deputy governor of Ondo State, Agboola Ajayi, has resigned from the Peoples Democratic Party, PDP.

His aides confirmed the development in series of statements.

Mr Ajayi personally announced his defection on Monday on Twitter.

Today 10th August 2020, I Resign my membership from the People’s Democratic Party.

I resign to join Zenith Labour party to further my Aspirations.

I appreciate the National Leadership and members of the party for their warm reception and acceptance in the short period i rejoined the party.

Wike Blows Amaechi: “You Should Be Jailed By Now, Not A Minister”

#Nigeria @60: We Have Cracks That May Break Us, VP Osinbajo Speaks

The Vice President of the Federal republic of Nigeria, Yemi Osinbajo has revealed that Nigeria may break up if decisive actions are...
Read more
Politics

According to a Nigerian rights group there that upto 15 corruption case files are missing in the office of Justice Minister, Abubakar...
Read more
Politics

As the Ondo State election date draws nearer there have been a lot of preparations both outward and inward going on. One...
Read more