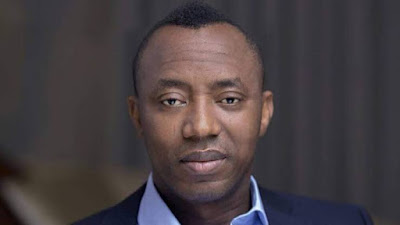 Omoyele Sowore, was released by the department of state service (DSS) on 24 Dec, following an order from the presidency through the attorney general of the Federation, Justice Abubakar Malami.

The convener of RevolutionNow protest has been nominated and may be given the Prisoner of conscience honour award by the Tom Lantos Human Rights Commission of the United States House of Representatives.

For months now, I have been working closely with the Sowore family, the Haworth community, the State Department, and my colleagues to advocate on Yele’s (Omoyele) behalf.

We are urging the Nigerian Government to protect Yele’s safety, provide him with the due process he deserves, and ultimately permit him to return home as soon as possible.

We will continue watching the situation in Nigeria, a democracy seeking closer ties with the United States, to make sure the government respects basic human rights.