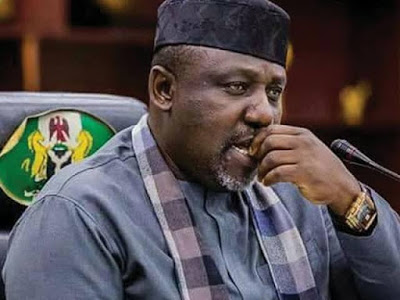 The Senator representing Imo North senatorial district, senator Benjamin Uwajumogu was announced dead on Wednesday. Reports had it that, the lawmaker was said to have slumped in the toilet, while taking his bath and rushed to a private hospital in Apo, Abuja where he was confirmed dead.

Meanwhile, the Nigerian daily that broke the news, quoted Okorocha as confirming the death of Uwajumogu to reporters at the Senate on Wednesday.

However, in a quick response to the publication, Okorocha who wrote on Twitter denied speaking with the newspaper, while asking the platform to take down the news.

I am utterly shocked that a platform like @TheNationNews would go to the extent of putting my name behind such falsehood in the bid to break news.

I demand that @TheNationNews take down this news piece as it is false and completely misleading.

One would expect better from such a platform. 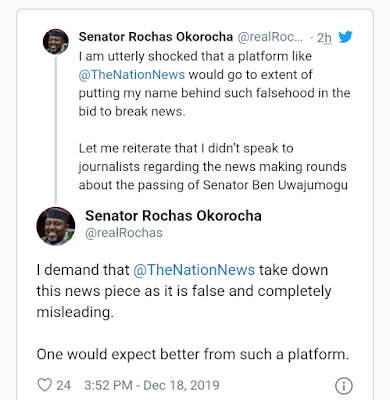