Home News General News Obaseki Can Rejoin Our Party Only If He Drops From Governorship Race...
NewsGeneral News 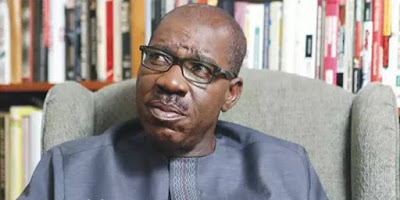 Governor Godwin Obaseki of Edo state has been given a condition by the ruling All Progressives Congress, APC, if he is willing to rejoin the party.

According to him, the decisions that led to Obaseki’s disqualification were not taken unilaterally, noting that the appointment of the Screening Committee, Appeal Panel, and the Primary Election Committee was taken by the NWC and, therefore, could not be cancelled.

The issue of him participating in the primary, that one is closed. We have moved beyond application by candidates, screening, and appeal. What we are trying to do now is the primary.