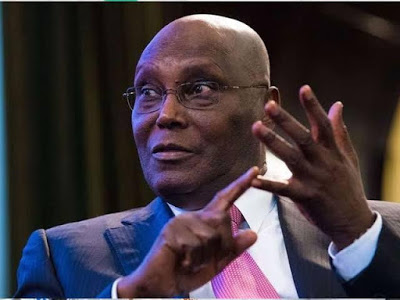 The people’s democratic party’s candidate in the 2019 presidential general elections and Former Vice-President, Atiku Abubakar has reacted to the rejection of the six-year single term for presidents, governors by the house of representatives.

A bill seeking to provide for one term for the president and governors was rejected by members of the House of Representatives, the bill which was sponsored by John Dyegh from Benue state, was rejected after it was called up for second reading during plenary on Tuesday.

While reacting to the bill, the former vice president maintained that, adopting the method would have prevented election rigging by “desperate” incumbents.

In a statement by Paul Ibe, spokesman to Atiku, the former vice president said it would have improved Nigeria’s democratic process.

Reacting to the bill, Atiku said;

the current system of a single tenure of four years with a maximum of two terms rewards incompetence, because even incumbents that have failed would use their access to public funds to return to power by fair or foul means.

In view of the challenges facing our current democratic order, especially the culture of rigging that subverts the will of the people, six-year single term would have ended such untoward practices in our electoral process.

The desperation for second term by the incumbents is the main reason why they go for broke and set the rule book on fire, thereby making free and fair elections impossible by legitimizing rigging at the expense of their challengers that have no access to public funds.

A situation where the incumbents deploy more public resources to their second term projects than using the funds for people’s welfare encourages massive rigging that undermines electoral integrity.

Six-year single term would remove such desperation and enable the incumbents concentrate on the job for which they were elected in the first place.

Second term obsession … also denies political parties the opportunity to replace failed incumbents with better candidates within the parties in the name of right of first refusal.

A teacher handling kindergarten class in China has been sentenced to death for the crime of the poisoning of children in an...
Read more
General News