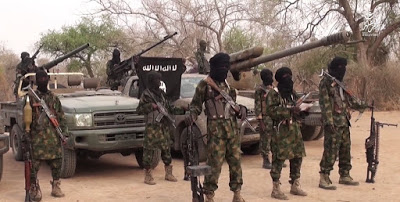 A report by the Institute for Peace and Counter-Terrorism Studies (IPCTS) has revealed how the Nigerian military killed and injured over 762 Boko Haram terrorists in the last one month.

The institute attributed the military’s all-new operational strategy for this feat, which is the brainchild of Chief of Army Staff, Lt. Gen. T.Y Buratai. His relocation to the northeast to lead the final clearance operation has rubbed off on the troops.

The atmosphere has drastically changed with the troops highly motivated ever than before in the quest.

It was also observed that the operational strategy of the Nigerian Military have indeed placed the Boko Haram fighters on the brink of defeat baring all unforeseen circumstances.