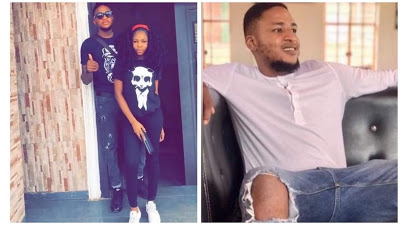 A former student of Ambrose Alli University, Larian Oshomah Edemode, has beats the imagination of people of the University and friends of the deceased.

Patience Adibe and his boyfriend Larian, went picking up groceries at a shop where the car they drove in incurred a scratch on the way home.

Larian asked Patience to remain home whilst he goes to repair the car but Patience refused and insisted to go with him.

ALSO READ:  8-year-old Boy Dies After He Was Poisoned By His Step Mother In Kastina

They went back and forth with the argument on who to stay and who to go, Larian got angry, entered his car and angrily hit and ran over his girlfriend.

Patience was pronounced hours later at the hospital. Larian, who wanted to run away was intercepted by the hospital security and later picked up by the police.

54-year-old Woman Gives Birth To Triplets In First Pregnancy
ALSO READ:  Mbaka Reacts To Use Of Strands Of Hair In Bible To Cure Coronavirus
A 54-Nigerian woman, Funmi Ajagbe has given birth to a...
Read more
General News